Tupac: His race against time 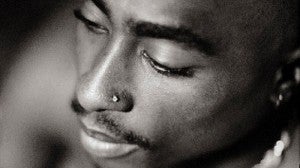 Certain artists knew that their time on earth would be short–as if to say that they were racing against time and that, literally for them, death was just around the corner. So, instead of them running away from it or hiding, they confronted it head on and did their very best to build a legacy of their own. The first artist among them at the top of my head who represents this and matches best that description was the late Tupac Shakur, or more commonly known as 2pac. I used to watch dvd’s about his life. I purchased every cd I could of him, albums he released when he was alive and the posthumous ones. If you mention the name 2pac to any fan of hip-hop or anyone immersed in the culture, probably words like “legendary” and “the best ever” would be some of the words that would pop out his mouth. Rightfully so!

Sadly, Tupac Shakur was killed when he was only 25 years old! Imagine that? Yet in his short life he had amassed such a magnificent collection of works. His music is still heard everywhere especially in the States where he is considered to be the first black mythical icon.

If you listen to his songs, especially the later ones like his double cd studio release “All Eyez On Me”, he would rap about death and his fears of not being remembered after he was gone. I especially recall in one of the DVD’s I watched entitled ‘Thug Angel’, wherein people close to him in the record business like Quincy Jones, Treach of “Naughty By Nature” and his very own stepbrother named Mopreme discussed how Tupac would often speak of wanting to make an impact such that he would forever be remembered by leaving a body of work that would be listened to years after he would no longer be with us. And no, he had no death wish! He just wanted to maximize the talent he had while he still could and able to do so. 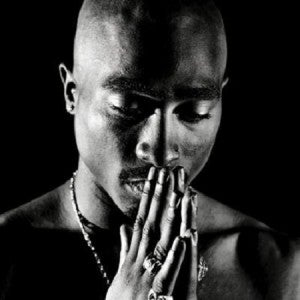 Of course, it turns out he was right in everything because his name is even more revered now in the hip-hop culture. The guy is a legend! Ask anyone into hip-hop and who was around during the 90’s, he would know what I am saying and talking about.

A major factor that played into the legend that is now Tupac Shakur is that he was raised by a former Black Panther member, an activist, and a strong woman in the form of Afeni Shakur–who was no other than his mother!–who taught him the lessons in life and what was in store for him once he is set free upon this world. Aside from that, she warned him of the price of fame, the jealousy of others, the enemies he had–and indeed a lot of enemies he had like the then-called Puff Daddy who is now known as P.Diddy; Mobb Deep; and Lil Kim and her crew, the Junior Mafia. These artists were out to get him, and not only to destroy his reputation he had worked hard to build.

This was 90’s stuff. The pop culture before is worlds away now. It was the jock type artists that ruled the scene before. Now, it is the “pretty faces” and “dweebs” who dominate the music scene. A prime example of this said culture was the whole “West coast vs East coast” feud which should ring a bell for some older readers. Remember Bad Boy records vs Deathrow records? Notorious B.I.G.? You guys get a clearer picture now of how dangerous that time was for the likes of 2pac! In every sense, he was truly against all odds. He had been shot 5 times before and survived it. But in the second shooting, he wasn’t that fortunate.

It seems, the way things go, if you have a hunch in the deepest recesses of your mind that you feel you got to do something, just do it. Why wait till it is all over? That is how I view the ideology and philosophy of the late Tupac Shakur. He knew his time was winding down. If you listen to his songs, even to his posthumous albums, he either had the gift of foresight or had glimpses of how his life would end. His murder still hasn’t been solved up to this time and we were robbed of hearing more of his work. I know if you mention his name to kids now they would be like… “Huh?” You can’t blame them for that because they weren’t around when he was still alive. Yet, when Tupac was still alive, no one could really match up to his level and he was truly the greatest rapper. 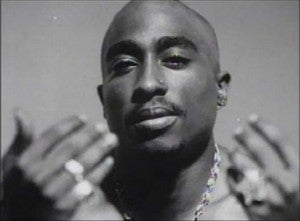 I personally think Tupac really taught a lot of people to maximize their time, to make full use of whatever talent they may have, whether it is God-given or something that they studied hard to develop and mastered. Even though his life may have been cut short, Tupac did everything he could while he still was alive, especially in the last few years of his life. He had recorded a lot of unreleased songs which have now been compiled and released as posthoumus* albums. I can’t see how some people still have a negative opinion of the late Tupac Shakur. But I believe in the end, he was redeemed and all his sins were washed away by the outpouring of support and recognition given him by his fellow peers and friends in the music industry. After all, in the end, one only has his name to live by.

For those who want to know who Tupac was, listen to his songs. For starters, I recommend Dear Mama andCalifornia Love. Because you see, music appreciation isn’t always about following the present artists we have. It is also remembering the ones that came before us. I call it covering all grounds. Legendary artists never get old! They may no longer be with us, but there are those of us who still remember them and acknowledge the contributions they have made to the world of music. Tupac Shakur is certainly one of these artists! Whether you are into hip-hop or not, it really doesnt matter because he was one of the greatest artists to have ever lived!