Julian Trono on ‘relationship’ with Ella Cruz: We’re not into labels 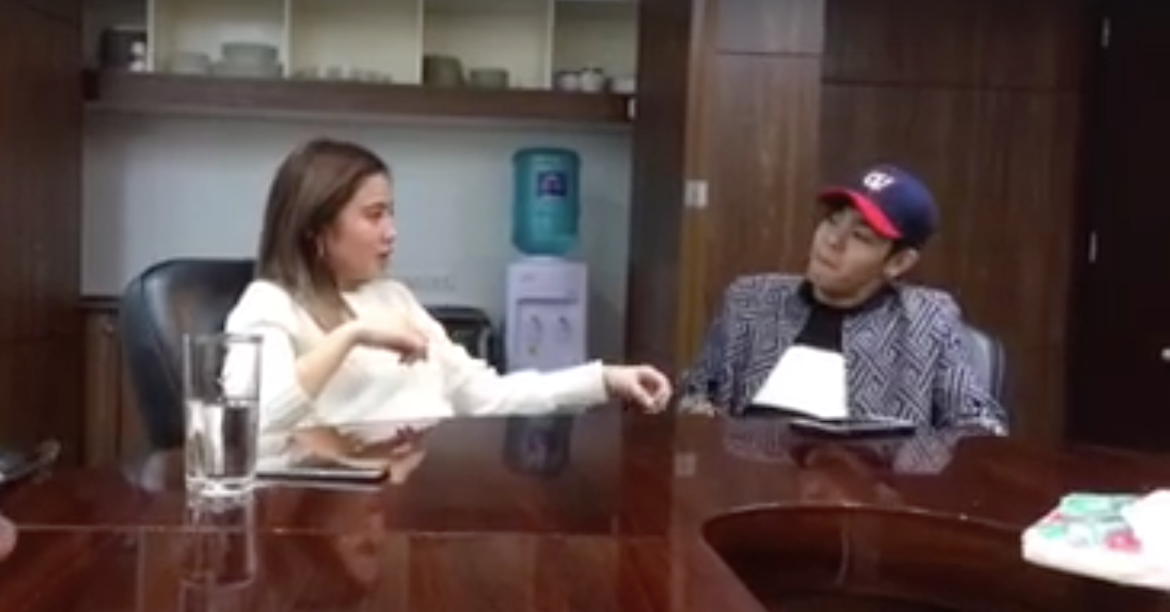 Prince of the Dance floor Julian Trono and Teen Dance Princess Ella Cruz have set the record straight as to the real status of their “relationship.”

In a more laid-back post-live interview with Inquirer ShowbizLive, the hit dance duo answered fans’ query about the real deal between them.

“We’re not into labels, what you see is what you get,” Trono said.

However, their closeness is often mistaken for something “more” as the two are naturally sweet to each other.

When asked about the real state of their love lives, both declared they were not in a relationship with anyone, but Trono described his heart to be “somewhere in between” [being in a relationship and being friends] and Cruz said the same.

Trono and Cruz recently guested on Inquirer ShowbizLive on Wednesday and performed live their signature dance interpretation of the mega hit, “Versace on the Floor.”