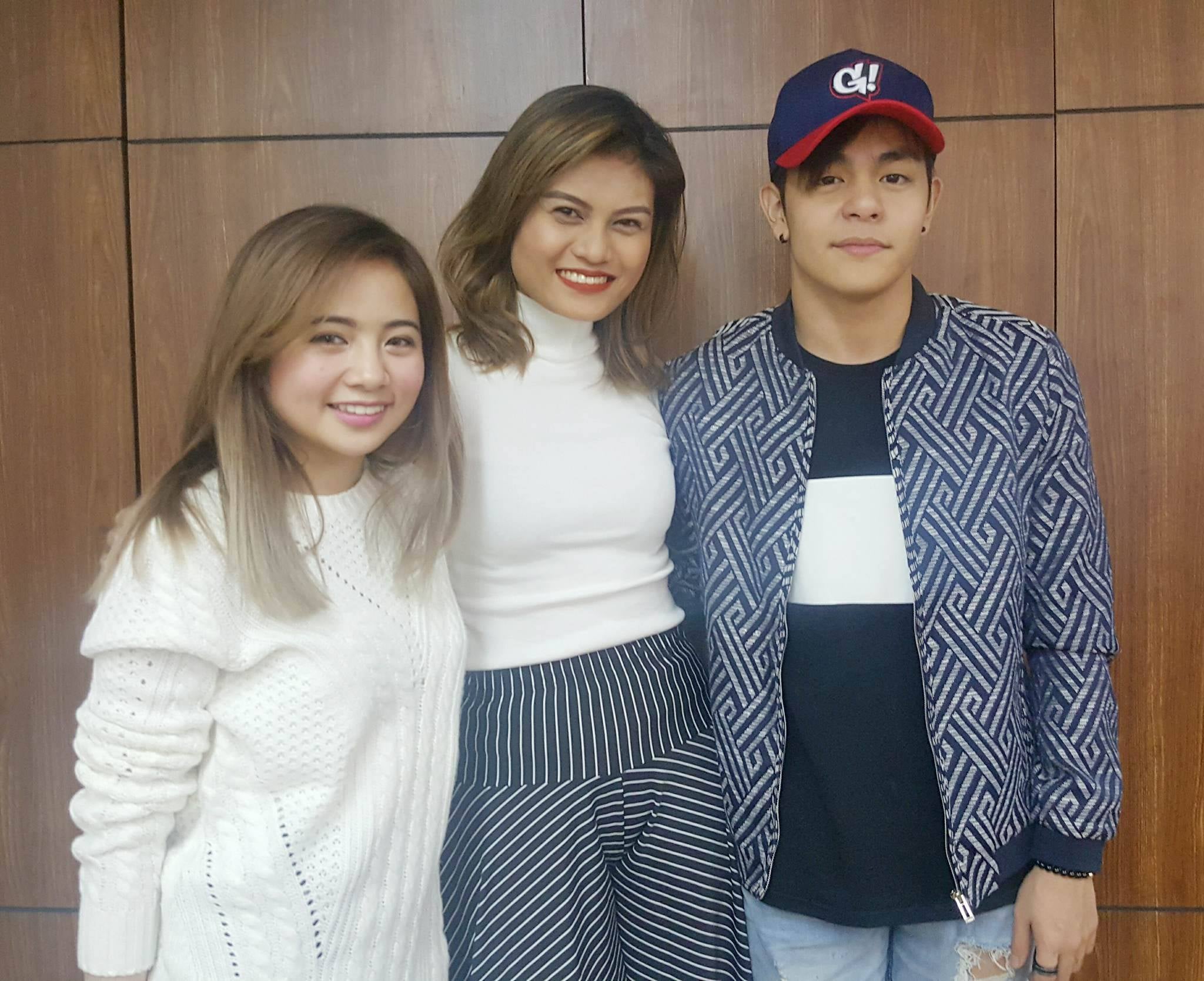 Power dance duo Julian Trono and Ella Cruz danced to the delight of fans, to the tune of “Versace on the Floor”, on Inquirer ShowbizLive.

The tandem also shared how each of them started their dancing careers.

(I started dancing when I was a kid. That was what I did in the different talent searches that I joined in, but I was basically known later as an actress.)

Cruz also recalled how she started uploading dance videos online two years ago, one of these being her widely popular “Twerk It Like Miley” video.

Trono, on the other hand, said dancing was his vehicle to entering showbiz.

(To this day, dancing is my biggest strength. [My dancing] started out at school and eventually, I just felt it was what I wanted to do for the rest of my life.)

Although he may predominantly be a dancer, he is definitely bent on trying out other stuff.

“I love dancing but right now I’m [also] singing and acting,” he said.

As new talents of Viva Artists Agency, they lead the first batch of a new breed of artists launched by Viva.

Cruz shared that their batch, which is the first batch, also includes the U Go Girls made up of of 11 girls; After 5 which has five girls; Pop Girls, where Nadine Lustre used to belong; and an all-male group.

Trono says if he is to choose a dance partner again, he would still choose Cruz.

However, despite the obvious chemistry between them, they refuse to call themselves a love team, and they prefer to be called just a “team.” It is also their decision to be paired with each other, they revealed.

(It all started when I needed a guy for my music video. He happened to be in the office so I asked him if he would be willing to be my partner, and he said ‘okay, it’s a deal’ but likewise he asked me to be his partner in his. It all started there.) JB