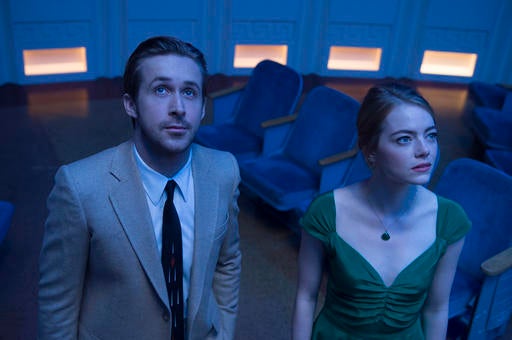 Ryan Gosling, Emma Stone and their movie “La La Land” are among the front-runners for major Oscar awards.  (Dale Robinette/Lionsgate via AP)

A cinema house in London candidly poked fun at the recent Oscars gaffe by “accidentally” showing “La La Land” in a screening of “Moonlight.”

Last week, employees of London Rio cinema devised the prank after Warren Beatty and Faye Dunaway mistakenly announced the musical as the Best Picture. To fool the audience, they played the 20-second teaser of “La La Land” instead of Barry Jenkins’ critically acclaimed film.

“It wasn’t the actual feature film, but a few seconds from a teaser trailer,” the movie house manager emphasized to Time Out. “Then we shut it down, and did a bit of fumbling to make it look like we made a mistake.”

Instead of complaining and frowning, the moviegoers cheered and chuckled upon realizing the naughty trick.

READ: A snafu of the ages caps Oscar night

The mix-up of the results, which was seen as a “Steve Harvey” moment in relation to his gaffe in the Miss Universe 2015 pageant, surged as a hot topic on social media.  Gianna Francesca Catolico /ra