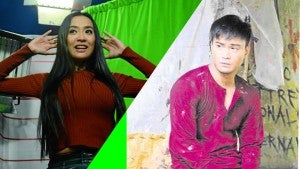 Controversial blogger Mocha Uson hit back at actor Edgar Allan Guzman for his outrage on Instagram, concerning Uson’s video post which harshly criticized scenes of his appearance in “Ipaglaban Mo” as “basura” (trash) and “malaswa” (obscene).

The ever feisty Movie and Television Review and Classification Board (MTRCB) member defended herself via a lengthy post yet again on her public Facebook account, Mocha Uson Blog, and answered Guzman point by point.

“Wala akong sinabing basura ang programa mo o ang acting po. Sana pinanuod mo muna yung FB LIVE ko bago ka nagsalita (I did not say that the program, let alone your acting, is trash. You should have watched my FB LIVE first before you burst out.),” she said.

She said it’s network “self-regulation” claims which she is totally against.

(The ‘rape scenes’ on the said ‘Ipaglaban Mo’ episode were aired without having been reviewed and approved by the MTRCB because of self-regulation by TV networks, which I disapprove of. When that ‘rape scene’ was aired, it roused negative reactions from the audience, and they called my attention as a member of the MTRCB.)

(The question of the parents/viewers is how it got through MTRCB and was allowed on TV, when this violent rape scene does not suit young viewers.)

The newly-seated MTRCB member even lectured that media companies have the responsibility and accountability over the quality of the programs they air, and that viewers’ welfare, especially that of the young ones, should be given prime consideration.

Uson then again told Guzman that he should have watched her video post first, then slammed him for bringing up her past sexy films.

(Another thing: you mentioned my two sexy films in the past and compared it to your program on television? For your information, movies and television are two different things.)

She stressed the difference between television and movies, and the audiences both platforms reach. She then hit back at Guzman again through counter hashtags, in response to Guzman’s hashtag in his previous post: #IkawAngUmayos and #DoYourResearch.

In the end, she retorted with a reply about the issue of respect.

(And Mr. Edgar Allan, if you want a little respect for Filipino actors, you might want to give respect to young viewers, too.)

Talent manager and entertainment columnist Ogie Diaz also called out Uson over her “standards” for “strong parental guidance” on programs on television, and supported Guzman on his outrage over Uson’s harsh comments.

Read Next
Brazil mega-church scores TV hit with biblical soaps
EDITORS' PICK
EDITORIAL: To a bike-friendly future
The Best Tech Gifts For The 2022 Holidays
Pagasa: Warm, sunny Sunday in most parts of PH
House energy committee chair Arroyo bats for cheap electricity
Is it safe to talk politics again at family gatherings? ‘The Reconciliation Dinner’ shows us what that’s like
vivo’s coming to town to grant wishes with more holiday promos
MOST READ
LOOK: Vhong Navarro transferred to BJMP detention facility in Taguig
The Elephant Man in the Senate
Posh village as ‘shabu’ haven
LOOK: Zanjoe Marudo bonds with Ria Atayde, her family
Follow @CAbanillaINQ on Twitter
Don't miss out on the latest news and information.