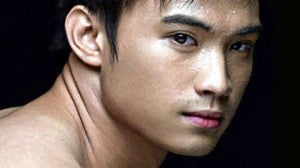 An infuriated Edgar Allan Guzman hit back at Mocha Uson for calling his appearance at an “Ipaglaban Mo” episode “basura” (garbage), amid what Uson refers to as “malaswa” (obscene) rape scenes.

In an Instagram post, the actor slammed the Movie and Television Review and Classification Board member over her harsh remarks concerning his work, aired by Uson via her controversial Facebook page, Mocha Uson Blog.

(I cannot accept that you dismiss our hard work in Ipaglaban Mo as “trash.” If you have complaints about our episode, let us go through the right process.)

In his post, the actor also called out Uson for going to social media right away to publish her criticisms against Guzman and the show, when there is still a meeting slated to tackle the issue, the date of which was set by the MTRCB.

The actor particularly called foul Uson’s move of posting a video message for the public, who she devotedly calls ka-DDS or “Die-hard Duterte Supporters.”

The former bold star (a past profession Uson has no qualms admitting), in a 10-minute clip lambasted television networks and their programs, particularly “Ipaglaban Mo” and “The Better Half” for their “obscene” love and rape scenes.

(In the end, I will put my little name on the line in this industry [in saying] that our “Ipaglaban Mo” episode is still way better and more descent than your past films, namely “Butas 2” [2012] and “Seksing Masahista” [2011].)

Guzman ended his statement with an appeal to the controversial blogger to respect Filipino artists and to respect due process, especially considering her status now as a “concerned citizen in power.”

In Mocha Uson’s video message posted on February 17, the very vocal Uson lambasted television networks and their programs. She threatened to resign if she fails to convince the MTRCB board members to stop the airing of supposed indecent scenes.