LOS ANGELES— Spider-Man and Blade Runner are hitting your local cinemas this year. Even the “Trainspotting” boys are back in town. The year 2017 should be another exciting year in cinema.

Capsule synopses below are provided by the studios: 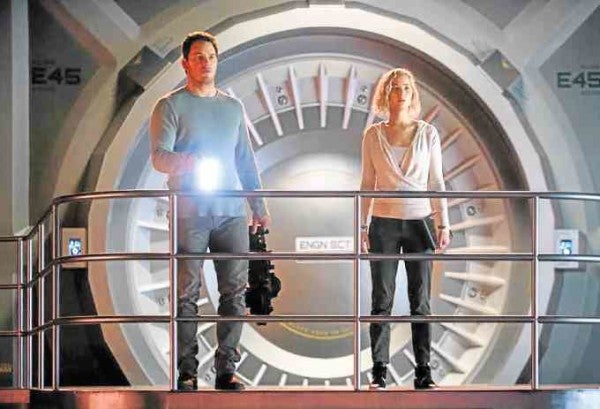 Jennifer Lawrence (Aurora) and Chris Pratt (Jim) star in an action-thriller about two strangers who are on a 120-year journey to another planet when their hibernation pods wake them 90 years too early.

Jim and Aurora are forced to unravel the mystery behind the malfunction as the ship teeters on the brink of collapse, jeopardizing the lives of the passengers on the greatest mass migration in human history. 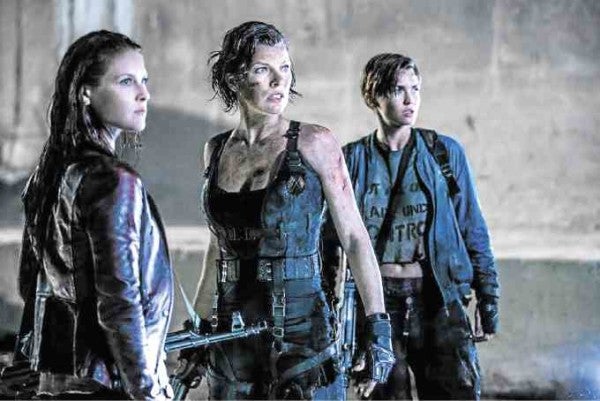 This is the final installment of the video game film franchise, based on Capcom’s hugely popular video game series, which has grossed over $1 billion worldwide to date.

Picking up immediately after the events in “Resident Evil: Retribution,” Alice (Milla Jovovich) is the only survivor of what was meant to be humanity’s final stand against the undead.

Now, Alice must return to where the nightmare began—The Hive in Raccoon City, where the Umbrella Corporation is gathering its forces for a final strike against the only remaining survivors of the apocalypse. Written and directed by Paul W.S. Anderson. 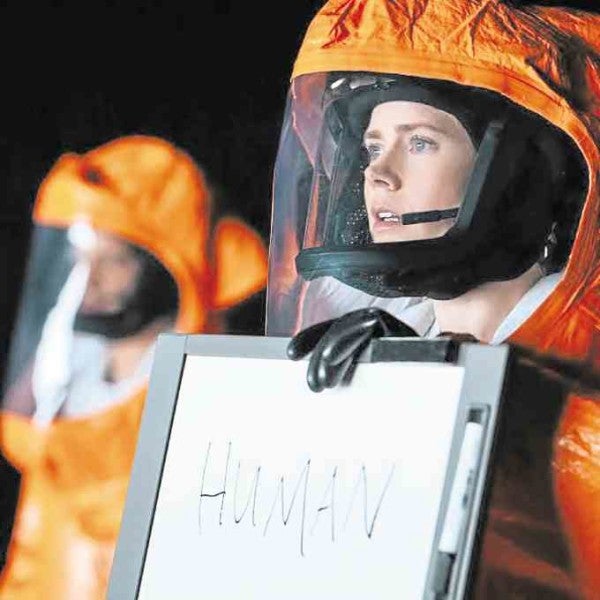 When a mysterious spacecraft touches down across the globe, an elite team—led by expert linguist Louise Banks (Amy Adams)—are brought together to investigate.

As mankind teeters on the verge of global war, Banks and the team race against time for answers. And to find them, she will take a chance that could threaten her life and, quite possibly, humanity.

The original cast and filmmakers are back in this sequel to the original smash hit. After decades apart, Renton, Begbie, Sick Boy and Spud reconnect in Edinburgh. Much has changed, but much has remained the same. 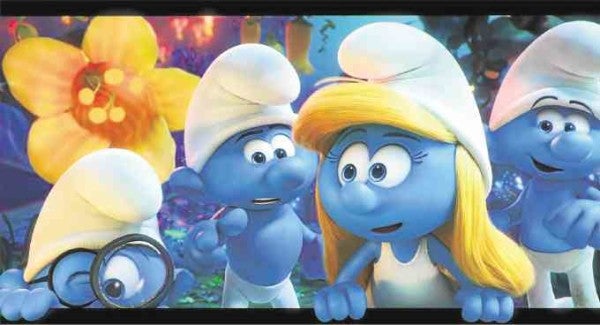 Brainy, Hefty, Smurfette and Clumsy in “Smurfs: The Lost Village”

In this fully animated, all-new take on the Smurfs, a mysterious map sets Smurfette and her best friends Brainy, Clumsy and Hefty on a race through the Forbidden Forest filled with magical creatures to find a mysterious lost village before evil wizard Gargamel does.

Embarking on a rollercoaster journey full of action and danger, the Smurfs are on a course that leads to the discovery of the biggest secret in Smurf history, Directed by Kelly Asbury. Voice cast: Demi Lovato, Rainn Wilson, Joe Manganiello, Jack McBrayer and Danny Pudi, with Mandy Patinkin.

This sci-fi thriller tells the story of the six-member crew of the International Space Station that is on the cutting edge of one of the most important discoveries in human history: the first evidence of extraterrestrial life on Mars.

As the crew begins to conduct research and their methods end up having unintended consequences, the life form proves more intelligent than anyone ever expected.

A young Peter Parker/Spider-Man (Tom Holland), who made his debut in “Captain America: Civil War,” begins to navigate his newfound identity as the web-slinging superhero in “Spider-Man: Homecoming.”

Thrilled by his experience with the Avengers, Peter returns home, where he lives with his Aunt May (Marisa Tomei), under the watchful eye of his new mentor, Tony Stark (Robert Downey Jr.).

Peter tries to fall back into his normal daily routine, but is distracted by thoughts of proving himself to be more than just your friendly neighborhood Spider-Man.

But when the Vulture (Michael Keaton) emerges as a new villain, everything that Peter holds most important will be threatened.

Stephen King’s “The Dark Tower” is the most ambitious and expansive story from one of the world’s most celebrated authors. Now, the action adventure story makes its long-awaited launch to the big screen, starring Idris Elba as Roland Deschain and Matthew McConaughey as Man in Black.

The film is directed by Nikolaj Arcel, with a screenplay by Akiva Goldsman, Jeff Pinkner, Anders Thomas Jensen and Nikolaj Arcel, based on King’s novels.

The new animated movie unlocks the never-before-seen secret world inside your smartphone. Hidden within the messaging app is Textopolis, a bustling city where all your favorite emojis live, hoping to be selected by the phone’s user.

In this world, each emoji has only one facial expression—except for Gene (TJ Miller), an exuberant emoji who was born without a filter and is bursting with multiple expressions.

Determined to become “normal” like the other emojis, Gene enlists the help of his handy best friend, Hi-5 (James Corden), and the notorious code breaker emoji, Jailbreak (Ilana Glazer).

Together, they embark on an epic “app-venture” through the apps on the phone, each its own wild and fun world, to find the Code that will fix Gene.

But when a greater danger threatens the phone, the fate of all emojis depends on these three unlikely friends who must save their world before it’s deleted forever.

Thirty years after the events of the first film, a new blade runner, LAPD Officer K (Ryan Gosling), unearths a long-buried secret that has the potential to plunge what’s left of society into chaos.

K’s discovery leads him on a quest to find Rick Deckard (Harrison Ford), a former blade runner who has been missing for 30 years. Directed by Denis Villeneuve.