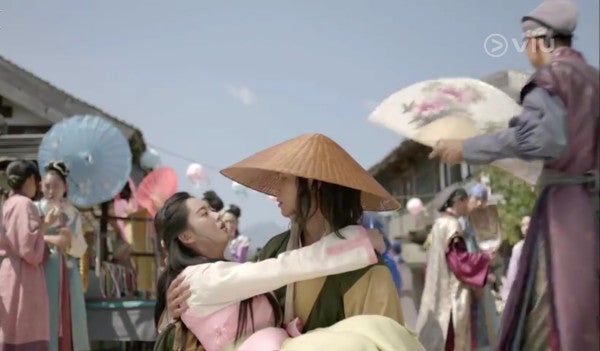 Adventure unfolds as a queen forms a group of royal bodyguards to protect the king. Image from “Hwarang”

Silla is the weakest of all the kingdoms in South Korea – Queen Jiso (Kim Jisoo) had to do something about it.

The queen has planned on forming a group of royal bodyguards to keep watch of the king. The lack of private soldiers in their kingdom did not dismay her, for the queen decided to recruit and train the children of officials in the kingdom under the wing of her generals, ensuring the loyalty to the King and the Sacred Kingdom.

In the first episode, Moo Myung (Park Seo Joon) and Mak Moon (Lee Kwangsoo from Running Man) break their way into the capital despite the restraints of the social system, in the hopes of finding Moon’s family living inside the capital.

Later in the episode, when Moo Myung and Mak Moon got separated due to a mob, destiny interferes as Moo Myung runs into a drunk Ah-ro (Go Ara), who turns out to be deeply connected to Mak Moon’s past.

Soo-ho (Choi Minho of SHINEE) and Ban-ryu (Do Jihan) also appear first in this episode as rival aristocrats.

Find out what Moo Myung and Mak Moon’s fate will be on the first episode of “Hwarang” by downloading Viu: http://inq.news/11hwa1.