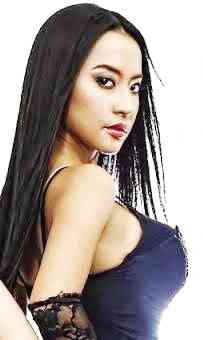 MANILA — Say what you want about staunch Duterte supporter Mocha Uson, but the Metropolitan Manila Development Authority (MMDA) is standing by their decision to tap the singer-dancer as this year’s ambassador for the Metro Manila Film Festival (MMFF) as they believe that she “embodies the change” that our country needs.

“Change should not be limited only to a certain sector of society, it should be all-encompassing,” MMDA officer in charge and general manager Tim Orbos said. “The changes in the film fest, it’s for everyone and [Uson] embodies that because she cuts across all sectors as proven by what she has done in the past election.”

Asked to elaborate on what specific change he was referring to that Uson represented, Orbos said “challenging the norm.”

Earlier, the MMFF executive committee, in which Orbos has been sitting as overall chair, drew flak from various quarters following the non-inclusion of blockbuster franchise films that have become staple in the annual film fest. Most notable of the excluded films were “Enteng Kabisote 10,” “Super Parental Guardians” and “Mano Po 7: Tsinoy.”

Critics had pointed out that because of the absence of such crowd-drawing flicks, the festival’s revenues may suffer a beating. The MMFF earned last year P1.2 billion in ticket sales.

Orbos said that even if they were not to surpass last year’s earnings, he would still consider the MMFF a success by changing the festival’s norm and encouraging producers to come out with “artistic Filipino films.”

Nonetheless, the MMFF executive committee approved this week the granting of a 30-percent discount on tickets for students, senior citizens and persons with disability from Dec. 27, 2016 to Jan. 3, 2017, to entice further the public in watching this year’s lineup of films.

And because Uson has a strong presence on social media, the MMDA hopes she could drum up more support for the 42nd edition of the annual film fest. Uson, who in the past played bit roles and starred in her own sexy independent films, has over 4.6 million followers on Facebook.

Following Wednesday’s announcement of Uson’s role in this year’s MMFF, not a few netizens expressed disappointment and disgust over the MMDA’s decision. Some have warned that they may not support the fest since they don’t want to back “anything that involves” Uson, whom they say has been “very divisive,” especially over the last few months.

Orbos has recognized that there are people who do not like Uson, but according to him, there are also individuals who love her–a characteristic shared by the MMFF films. He also appealed to the public to hold their judgment of Uson and similarly of the eight official entries in the film fest, which is seen to represent the “renaissance” of the Filipino movie industry.

“At the end of the day, you can’t judge a person by what you think she is, not even by what she did in the past. If we are to be judged by what we did in the past, then there’s no hope for us,” Orbos said.

The MMDA official, who personally recommended Uson to the executive committee, maintained though that her involvement in the fest would be purely to advocate more support to Filipino films.  SFM