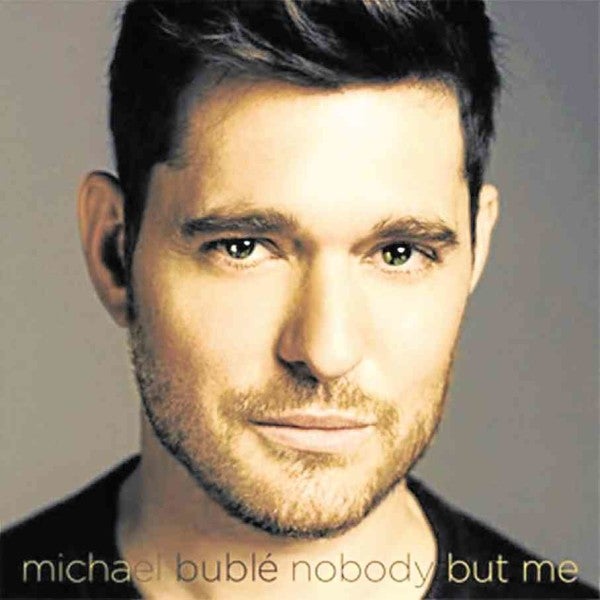 Can you imagine Michael Bublé rapping as he bumps and grinds to the beat of his stylized, self-penned numbers?

Well, neither can we. But, in his ninth studio album, “Nobody But Me,” the Canadian crooner does the next best thing: by collaborating with The Roots’ MC Black Thought, who performs in the title track with him.

The rousing number isn’t the only song in the collection that is guaranteed to find favor with Michael’s followers. And if you think listening to the rest of the singer’s fun and satisfying tracks will chase your blues away, the 41-year-old singer feels the same way—as he recently disclosed to Digitalspy: “I’ve never had this much fun working on an album.”

And, except when he gets carried away and ends up sounding incomprehensible (in his cover of Eddie Cantor’s jazz standard, 1930s “My Baby Just Cares for Me”), he almost always delivers the goods.

Whether he’s singing his radio-friendly, self-penned originals (“I Believe in You,” “Nobody But Me”), referencing “Brando’s style and Clooney’s smile” in Cantor’s signature song, or cleverly retrofitting the 1934 standard, “The Very Thought of You,” to suit his swinging-or-smoldering performing style, Michael knows when to turn on the charm.

Pop aficionados will get a kick out of his hit-bound collaboration with Meghan Trainor, “Someday.” It’s an irresistible fusion of pounding pop and rhythmic reggae, cowritten by Trainor and One Direction’s Harry Styles, that derives its boost from the duo’s complementary performing styles and idiosyncratic voices.

The singer is just as feisty in another self-penned tune, “Take You Away,” a bonus track in the album’s 13-song deluxe edition, in which he urges his beloved to take a shot at the unknown and let the good times roll: “The world keeps spinning, and we can’t stop it / Let’s slip out when no one’s watching.”

In “Today is Yesterday’s Tomorrow,” he pokes winking fun at “The Notebook” and Ryan Gosling (“He’s got nothing on me”) as he conveys the “urgency” and risks of falling in love: “Some will say that it could end in heartbreak / But you only fear the chances you don’t take.”

For music lovers who wish to take a trip down memory lane, Michael’s renditions of “My Kind of Girl” (corny lyrics notwithstanding) and “ On An Evening in Roma” won’t disappoint. The former was popularized by Matt Monro in 1961, while the latter was a huge hit for Dean Martin in 1959.

If you think Michael is just a “sugar and spice” kind of guy, you might need to rethink that impression when you hear “I Wanna Be Around”—about a guy who wants to see the woman who spurned him get her heart broken.

After all, a dash of “darkness” always makes a performer more interesting—and less predictable!