The internet was in a state of distraught over the past few weeks with rumors that immensely popular Nickelodeon series “Spongebob Squarepants” would have its last episode on Oct. 17.

The rumors in the form of sensationalized memes have circulated online, claiming that the fictitious residents of Bikini Bottom, who have been entertaining children and adults alike for the past 17 years, would be taken off air due to a crash in ratings.

They gained more traction over time, with gossip suggesting that the show’s ninth season was such a bust that the studio decided to forego the planned seasons 10 and 11.

As expected, several netizens did not take the news too kindly and rambled on Twitter about their disappointment. 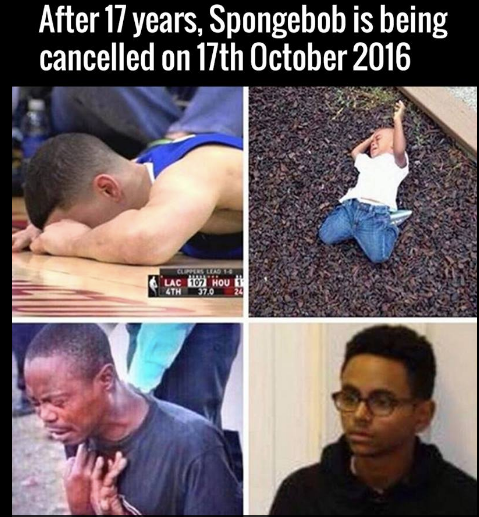 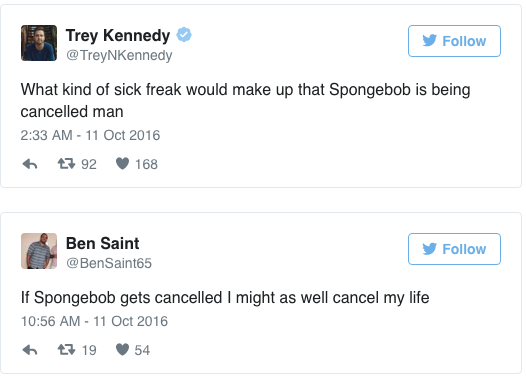 Before things could get completely out of hand, Nickelodeon stepped in to say the rumors were simply a hoax based on fabricated information.

The studio also confirmed that “Spongebob Squarepants” was renewed for two more seasons.

We’ve been airing new #SpongeBob episodes from season 9 all month and are working on new episodes right now 😊💛 https://t.co/IYBLae5xNJ

The popular animated series was created by marine biologist Stephen Hillenburg in an animated underwater setting. It usually revolves around the misadventures of the titular character Spongebob, an energetic and optimistic sea sponge who works as a fry cook at the Krusty Krab.

Along with his ditzy best friend Patrick Star, Spongebob goes around his daily life with an array of other colorful characters including his pessimistic neighbor and co-worker Squidward Tentacles, his pet snail Garry, his money-loving boss Eugene Krabs and a squirrel that somehow lives underseas, Sandy Cheeks.

The success of the show paved the way for a transition to the big screen, with two “Spongebob” movie adaptations in 2004 and 2015.

The show’s 10th season will start airing on Oct. 15 with the episode “Whirlybrains.”  Khristian Ibarrola