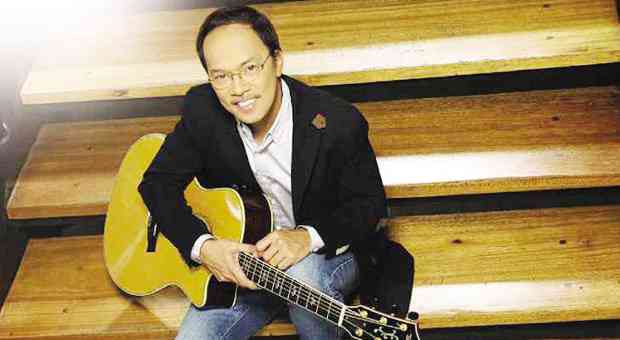 Noel Cabangon, who served as president of the Filipino Society of Composers, Authors and Publishers (Filscap) for six years, believes that the group will be in good hands, with Rico Blanco—someone from a younger generation of musicians—recently assuming leadership.

“It’s important for us to have a face that young artists can connect with. We need new blood,” Cabangon, now a part of the organization’s board of trustees, told the Inquirer in a recent interview. “He has fresh ideas and is more attuned to what musicians need in this age.”
Copyrighted songs

Blanco, the former lead vocalist and chief songwriter of pop-rock band Rivermaya, had been a member of Filscap since 1996, before being elected president last June. As head, Blanco is expected to oversee the society’s functions—primarily to secure licenses for music users that will allow them to use or play in public copyrighted songs.

“Many of our budding musicians now grew up listening to Rivermaya; Rico will be a good person to encourage them to join Filscap. Perhaps he could also urge his contemporaries to be part of Filscap’s board, whose members have been serving for a long time already,” Cabangon said. “It would be nice to pass this on to our younger colleagues.”

And since Blanco is still active in the local music scene, Cabangon also said he expects the new Filscap president to spearhead projects that would help cultivate Filipino musical artistry.

Cabangon is currently preparing for his two-night concert, “Traffic Jam,” on Sept. 16 at the Music Museum and Oct. 21 at the Peta Theater Center (tickets, 8919999). The show, as the title suggests, will try to capture the Filipinos’ music-listening habits while stuck in Manila’s dreadful traffic.

“Music is one of few things that make braving heavy traffic more bearable,” pointed out the singer-songwriter, who at times gets struck by creative lightning while stuck on the road. “In the car, we usually listen to different kinds of music as we switch from one station to the next—that’s the concept of the concert.”

For the first time, in a big show, Cabangon said his repertoire will be equal parts Filipino and foreign songs. “I’ll sing songs like ‘September’ by Earth, Wind and Fire and ‘La Vie en Rose.’ But, I’ll change the arrangements—I’ll put my own twist,” said Cabangon, who also has a new album out.

Produced by Universal Records and the Jesuit Music Ministry, “Sa ’Yo Lamang,” the 10-track record is a collection of inspirational songs, which include original compositions (“Panginoon,” “Inang Pilipinas”). “This is my way of thanking and paying tribute to the Jesuit Communications Foundation, which served as my label before I crossed over to mainstream,” he explained.