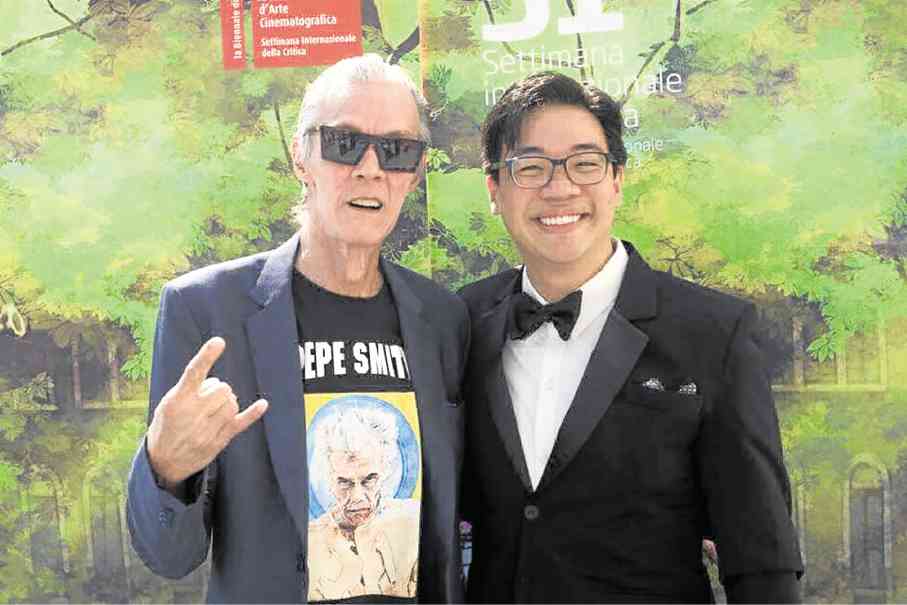 Critic Clarence Tsui describes “Malaysian-born and Manila-based” Liew’s debut film, as a “visually poised and emotionally searing character study of a man’s engagement with a lost past and harsher present.”

He gives a lion’s share of the credit to Smith, who delivered “a brazen, nuanced and gamely self-deprecating [portrayal] as a very haggard version of himself.”

In the film produced by Filipino Bianca Balbuena, Smith portrays a washed-up rock singer who impersonates Pepe Smith—a winking inside joke that sends up the performer’s iconic image.

Two other actors/characters also get a chance at self-parody, Tsui points out: indie fixture Mercedes Cabral, who plays a caregiver/aspiring actress, and acclaimed filmmaker Lav Diaz, who portrays a sleazy, ethically challenged manager.

Although the film “sags [at] attempts to overplay the meta-humor,” Tsui notes that “at its best…[it] evokes (American filmmaker) Jim Jarmusch in its remarkable observation and rendition of alienation and ennui.” 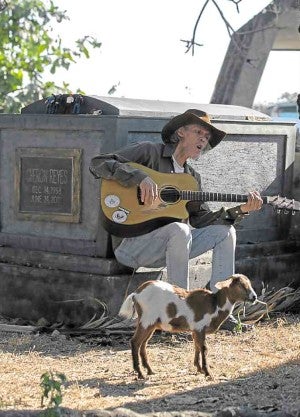 Tsui recounts that Smith earlier had a successful turn in another Balbuena production, Pepe Diokno’s “Above the Clouds” (2014), which he calls a “prime example of a rebel rocker’s graceful embrace of old age.”

In Liew’s new film, however, the “pioneering rocker” “has certainly channeled all the fear of falling he might have had all along, turning in a performance rife with angst and contradiction.”

His character’s struggles form the film’s “central leitmotif,” Tsui opines: “A man becoming more aware of, and confused by, his earthbound existence and his own sagging mortal coil.”

“We are so happy,” Liew, who was in Venice, told the Inquirer via Facebook Messenger on Thursday. “It’s wonderful news to wake up to. Pepe is thankful, too.”

Liew recalled that “Pepe had been buzzing up and down the whole morning,” after the review’s release on Wednesday.

Smith kept saying: “Wow! Venice! We did it!”