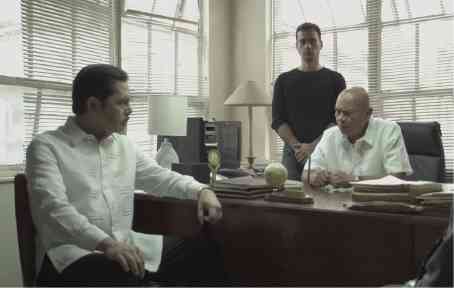 Acclaimed actor Bembol Roco considers himself fortunate that he was able to witness, and participate in, the second Golden Age of Philippine cinema in the 1970s and ’80s—making films with such masters as Lino Brocka, Mario O’Hara and Celso Ad. Castillo.

His lucky streak continues, he says, because he remains just as active in the current indie scene—collaborating with the new breed of Filipino filmmakers, from Brillante Ma. Mendoza (“Thy Womb”) to Adolfo Alix Jr. (“Isda”).

“I am glad to be part of what could be the third golden age of Philippine cinema,” he remarks. “It’s a very exciting time. It’s good to see young filmmakers developing their own styles, pursuing their own vision and passion for cinema.”

Most recently, he won best actor for Paolo Villaluna’s “Pauwi Na” at the ToFarm Film Festival.

He also wrapped up work on Raya Martin’s latest film, “Smaller and Smaller Circles,” which is based on a crime novel by FH Batacan.

The shoot for “Smaller and Smaller Circles,” where he plays the director of the National Bureau of Investigation (NBI), went smoothly, he recalls.

“Raya and his team were good. They’re all young—it’s a youthful and dynamic group,” he volunteers. The producers of the hit historical film, “Heneral Luna,” are also behind Martin’s new film.

To prepare for “Smaller and Smaller Circles,” he read the book. “It’s beautiful and well-written. It’s also very different.”

After all, it’s not every day that a novel on a serial killer is turned into a movie in the Philippines.

“My character is interesting,” he points out. “I based him on different people of authority, like former police chief Roberto Lastimoso.” 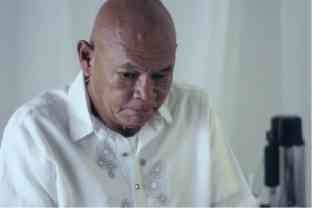 “I also did my own research. I was interested in my character’s background. Was he a former military man? A disciplinarian?”

He explains that the novel explores hidden worlds, “exposing the internal conflict in different institutions, like the police force and the church.”

Cast as his main nemesis in the film is another veteran actor, Christopher de Leon, who portrays a rival NBI official.

The two are original Brocka babies—Roco debuted in “Maynila sa mga Kuko ng Liwanag” in 1975, while De Leon was introduced in “Tinimbang Ka Ngunit Kulang” in 1974.

The last time they shared the big screen was in Brocka’s “Babangon Ako’t Dudurugin Kita” in 1989. They also costarred with Nora Aunor in O’Hara’s landmark film, “Tatlong Taong Walang Diyos” in 1976.

“It’s always rejuvenating working with Boyet (De Leon’s nickname). We are friends.We know each other’s capabilities and respect each other, so it’s always a fruitful collaboration,” he notes.

If Brocka were alive today, Roco is certain that the internationally renowned filmmaker would remain just as vital a voice in Philippine cinema. (The National Artist died in a car crash in 1991. He would’ve been 77 this year.)

“I am sure Lino would still be directing relevant films,” he quips.

He says he has learned a lot from his “mentor.” He never tires of telling the story of how Brocka discovered him in a drug rehabilitation center. “That’s the story of my life. I never dreamt of becoming an actor. I was clueless about the industry,” he recounts. “Lino taught me everything I know.”

“He was a second father to me … my confidant. Whenever I had a problem, whether on the set or in my personal life, I would run to him. He taught me to always be professional,” he relates.

Now, he hopes to impart the same values to his twin sons, Felix and Dominic Roco, who are making waves in the indie scene, as well. “I tell them that the most important thing is to always remain humble,” he asserts.

Although there were reports of familial strife, they were able to patch up their differences, he insists. “Whatever problem we had in the past …’yung tampo nila, I guess, it’s now over.” TVJ