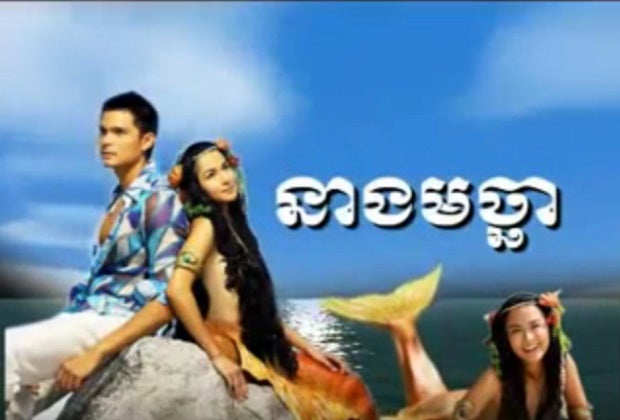 It appears that Philippine dramas and movies are not only for Filipinos after all.

Despite differences in culture and taste, Philippine movies and dramas, dubbed in Khmer language, have become part of the daily lives of many Cambodians.

More than a decade ago, a TV series titled “The Promise” or “Pangako Sa ‘Yo” starring Kristine Hermosa and Jericho Rosales, captured the attention of a lot of Cambodians when it was broadcast by the Cambodian Television Network (CTN).

Kun Sreynin, 22, a graduate of the Royal University of Law and Economics in Cambodia, recalled her experience in watching the television series.

“The most interesting part of the drama…is the love between the rich and the poor (and how) the couple [tried] to get through all the barriers to be together,” she said.

“I like the movie very much because it did teach people not to discriminate the poor or the lower class,” Sreynin said.

The young graduate said the actors performed well. “I can feel all the emotions in the drama.”

Because of its success, film production company Khmer Mekong Films (KMF) decided to produce a local adaptation of the show titled “Son-ny-ya-sa-ne.” It aired from 2013 to 2014 with 198 episodes.

Another Philippine drama that became very famous in Cambodia in 2012 and 2013 was “Dyesebel,” which aired in the Philippines in 2008. It was a marvelous hit among many Cambodians.

This movie also made the two leading actors, Marian Rivera and Dingdong Dantes, earn a huge following in the country.

Because of the show’s popularity, many Cambodians now call Rivera “Dysebel.”

Since then, many local news agencies have kept their eyes on the two, reporting about their projects and updates on their lives, such as when Dantes proposed to Rivera and when they eventually married.

Som Panha, 21, a student from the University of Phnom Penh, said the drama falls under the fairy tale category.

It tells the story about the love between a mermaid and a man, who could not be together because they live in two different worlds. He said the drama is similar to the animated film produced by the Disney Company.

He added, “The part that I like most about the drama is that it finished with the happy ending as the main mermaid actress gave up her crown [as a queen] in the sea world to live with the man she loves.”

He said that while the story reminded him of the Disney cartoon, the director was able to make it interesting.

“What I have learned from the movie is that love is stronger than the obstacles we face in our daily basis no matter who we are,” Panha said.

Films featuring Filipino actors have also become popular. Last year, the Philippine-Cambodian movie “Blood in Dispute,” was screened in Cambodia and the Philippines, where it was released with the title “Fight for Love.”

Lach Sreynit, 22, a senior student at the Institute of Foreign Language in Cambodia, said, “I went to watch the movie in the cinema, and I like it because the movie has good cinematography and the Filipino actor is very handsome.”

Sreynity said the movie also had a “good moral lesson” as it showed how family ties can remain strong “despite how serious the issues we face.”

Due to the popularity of the dramas and movies, all of the Filipino stars mentioned have all been invited to Cambodia to meet and perform for their Cambodian fans.

Sonita Oum and Sar Pisey are INQUIRER.net interns from the Royal University of Phnom Penh. They are in the Philippines for the Konrad Adenauer Stiftung (KAS) Internship Program. RAM/rga

Read Next
Netizens mistakenly tag showbiz reporter as De Lima’s driver
EDITORS' PICK
Geek out at TOYCON 2022 powered by Smart Signature
House energy committee chair Arroyo bats for cheap electricity
UK’s Boris Johnson will resign, BBC reports
High inflation: Your P1 is now worth only 87 centavos
Unemployment rate up to 6% in May
High-risk pregnancy: Reducing your risk is in your hands
MOST READ
Suspect in grisly killing of missing woman in Bulacan arrested
Kim Atienza’s daughter flaunts bikini body in response to critics of her ‘revealing photos’
Japanese artist who created ‘Yu-Gi-Oh!’ found dead in the sea
FDA probes popular Filipino noodle brand for ‘high level of ethylene oxide’
Don't miss out on the latest news and information.