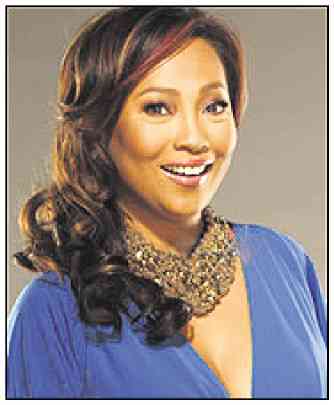 “Honestly, I was scared,” admitted pop-R&B vocalist Jaya, describing how she felt last year upon learning that the noontime musical variety show, “Sunday All Stars,” was bowing out to make way for “Sunday PinaSaya”—a live comedy-gag program.

The demise of “Sunday All Stars”—which succeeded the similarly themed “Party Pilipinas” and “SOP”—meant that singers closely associated with GMA 7, like Jaya, no longer had a platform on television that would give them regular exposure.

The realization left her “shaken.” She was given acting projects here and there. But truth be told, it wasn’t what she really wanted to do.

“I didn’t just lose a job; I feel like I lost my sense of direction. Where do we sing? I’m no lead material or a full-time actress. What happens now? There was uncertainty,” Jaya told reporters at a press conference. “You just close your eyes, cry a little, pour your heart out, and pray to God.”

In spite of that unexpected turn in her career, Jaya stressed that she wasn’t hurt. Nor did she harbor ill feelings toward the Kapuso network, to whom she remains grateful. “I had no problem with the change in programming. It’s their network, after all—it’s business,” she pointed out. “I’m thankful that I made lots of friends there.”

From that point on, Jaya knew that she needed to make some changes. “I went on without a manager for 10 months. I booked shows here and abroad, and I did it all by myself. I sought ways, so I could continue singing,” related the 45-year-old recording artist, who’s now signed with Cornerstone Talents.

She can now be seen as one of the judges of the “Tawag ng Tanghalan” segment of ABS-CBN’s “It’s Showtime,” and is expected to join the network’s long-running musical variety show, “ASAP,” in the near future. “Yes, I consider myself a ‘Kapamilya’ now,” she said.

While many fans were excited about Jaya’s recent move, there were some who questioned her sense of loyalty—something she found most unfair. “These bashers don’t know what it’s like to be in show biz … I may have transferred to another network, but I’m loyal to all the people I’ve worked with,” she said.

Jaya, who enjoyed tremendous success in the mid-’90s with such hits as “Dahil Tanging Ikaw” and “Wala Na Bang Pag-Ibig,” also revealed that, in her 18 years with GMA 7, she never had an exclusive contract. Still, she chose to be there.

Jaya knew that she couldn’t just let the people’s perception hold her back. So, when  opportunity presented itself, she grabbed it. “I want to experience something new. In a way, I feel like I’m starting all over again,” she said.