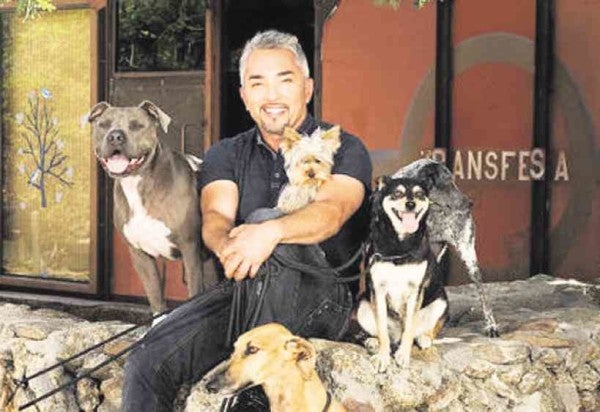 Don’t look now, but one of the most popular TV program types these days is the “animal” show.

The format includes productions about wild animals, like sharks, tigers and snakes, because viewers find these both exotic and exciting.

Of late, however, domesticated animals or pets have been similarly popular topics or subjects for TV shows!

They are paced by dog trainer Cesar Millan’s series of shows, which teach viewers to act as their pet’s dominant or “alpha” masters, and thus make their animal companions obey them.

All too often, pet owners love their furry “kids” too much or too unselectively, so the pets end up getting the upper hand, instead of the other, better way around!

This makes life miserable for both the harassed owner and the spoiled pet—so, it’s a lose-lose situation all around.

That’s where Millan steps in, educating viewers about the right way nature intended the pet-owner relationship to be.

Before teaching the pet, Millan first brusquely knocks a lot of sense into its owner’s “enabling” head. And, after only a few lessons, his human and canine pupils get along famously!

Millan’s shows have become so popular that other TV shows that also focus on better pet–human behavior and interaction have been launched.

They include programs that teach viewers how to groom their pets, and even care for them not just medically, but also “psychologically.”

Some people may think that’s carrying things too far, but many pet owners know that their furry “children” are much more than predictable creatures that can be made to do anything with an instant “tidbit” reward.

The way experts like Millan explain it, pets have all the free time in the world to observe, think and play, while their owners are working either at home or at the office.

So, they’re not just snoozing all day, but are in fact thinking about how to get us to do what they want! Does that make at least canine sense?

A new animal show we most recently caught on the National Geographic Channel was “Unlikely Animal Friends.” The new program’s biggest come–on was the “unlikely” part of its title.

For instance, last Sunday’s show featured the close friendship between a cat and a rabbit! They weren’t only harmonious housemates but inseparable best buddies, as well.

They even sort of looked “alike,” since they were both orange in coloration. They did everything together and their owners couldn’t have been happier!

Another unlikely pet relationship showcased on the program involved a cat and a pig!

Like the first pair of unexpected best buddies, they got along famously, proving that, when even radically different–looking creatures are simpatico with each other—everybody can get along!