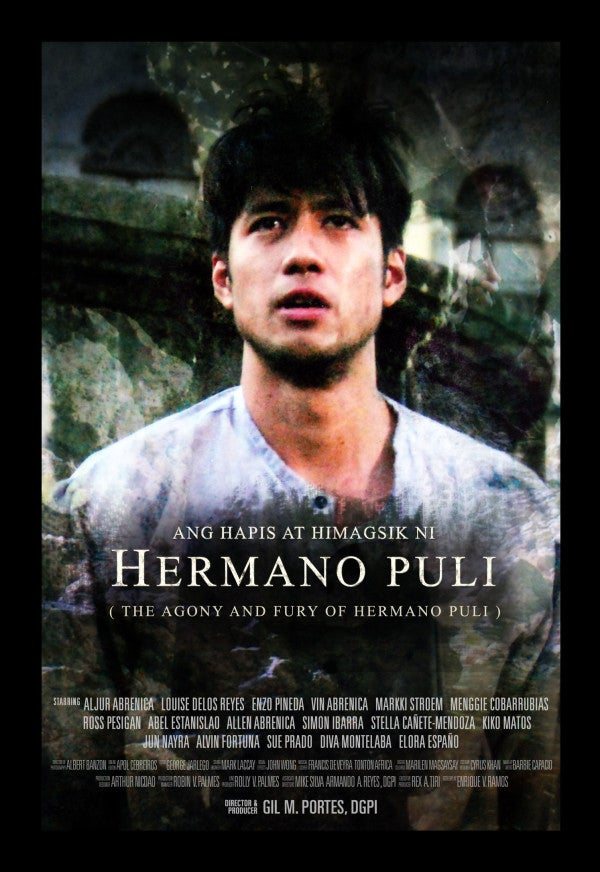 Gil M. Portes’ “Ang Hapis at Himagsik ni Hermano Puli (The Agony and Fury of Hermano Puli)” will be the closing film of the 12th Cinemalaya Independent Film Festival.

Slated on August 13, 9pm at the CCP Main Theater, the film is a historical drama based on the life and times of Apolinario de la Cruz, who led a revolt in 1841 against the Spanish colonial government in the Philippines in the name of religious freedom.

Decades before the rise of liberalism in Spanish-era colonial Philippines, a young charismatic preacher leads a movement for equality and religious freedom for his fellow native Filipinos.

Cinemalaya is a project of the Cinemalaya Foundation, the Cultural Center of the Philippines in partnership with Ayala Malls Cinemas. Established in 2005, Cinemalaya is an all-digital film festival and competition that aims to discover, encourage and honor cinematic works of Filipino filmmakers.

Catch the Cinemalaya films at the CCP and Ayala Theaters — Greenbelt 1 and Glorietta 4, Makati, Fairview Terraces, TriNoma, and UP Town Center, Quezon City, Solenad, Nuvali in Sta. Rosa, Laguna and at the Ayala Center Cebu.

Additional screenings for sold out Cinemalaya films “Pamilya Ordinaryo” and “Kusina”, both competition films in the full length category, have been set to satisfy audience demand.

For more information, visit www.cinemalaya.org or www.culturalcenter.gov.ph and the Cinemalaya Facebook page or CCP Media Arts at telephone number 832-1125 local 1704-1705 and the CCP Box Office at 832-3704.