For Jean Garcia, dating younger men a thing of the past 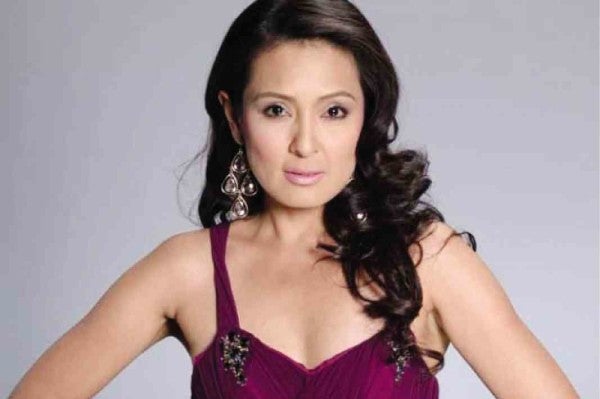 Actress Jean Garcia, who used to go out with men 10 years younger than her, is now interested in dating someone her age—that is, 47 years old.

“I used to find going out with younger men exciting. Later on, I realized that most of them are too shallow and are still not serious about life,” Jean explained  at the story conference of Regal Films for her latest film, “Mano Po 7.”

“[Now] I prefer those who are the same age as I am, but are not married or separated,” the actress said.

Jean broke up with her nonshowbiz boyfriend of three years in April 2015. “I really thought that he was the one, but I guess God has other plans for me. I have no regrets. I realized that I’m happier now. It could have been worse for us if we chose to stay together longer,” said Jean.

She explained why she’s happy being loveless for now.  “I just don’t want to commit to anyone yet. I can make decisions without having to consider how another person will feel. I can go anywhere I want to, make movies any time I wish. I am now able to do more for myself.”

These days, Jean’s attention is also focused on her year-old granddaughter Athena Mori. “She calls me Lala or Mama La,” Jean proudly said of her daughter Jennica’s firstborn with husband Alwyn Uytingco. “She is so cute. She is like a doll. It’s easy to take care of her because she only cries when she’s hungry. Mori and her parents visit me during weekends.”

Jean also has a 14-year-old son,  Kotaro, with her Japanese ex-boyfriend.

“I don’t feel like a lola. Mori makes me feel younger because I treat her like my own baby. I told Jennica and Alwyn that it’s their responsibility to discipline their child, but I will spoil her. When she is with me, the sky is the limit,” said Jean.

On her new movie, Jean said she has not seen any of the “Mano Po” installments but was excited to be part of the latest one, which also stars Richard Yap, Enchong Dee, and Janella Salvador.

A portion of the movie, to be directed by indie filmmaker Ian Loreños, will be shot in Putuoshan—the Buddhist sacred mountain in Zhejiang Province, China.

Regal Films matriarch Lily Monteverde said she hoped that the film would be chosen as an entry in the 2016 Metro Manila Film Festival in December.

“Direk Ian is Chinese so I’m assuming that he knows what he is doing. He’s only 33 … I know he will have a different take on doing a project that already has had several versions,” Jean pointed out. Joel Lamangan and Erik Matti directed the six previous “Mano Po” series.

Loreños, who had to watch the other “Mano Po” versions as part of his research, said he preferred that Jean does not see any of them.

He explained: “I want her to be different from the other actresses. I want her to give her own unique flavor to the latest installment. I’ve seen a lot of her films. I’m impressed by her acting. I guess I would just have to orient her on Chinese culture and history.”