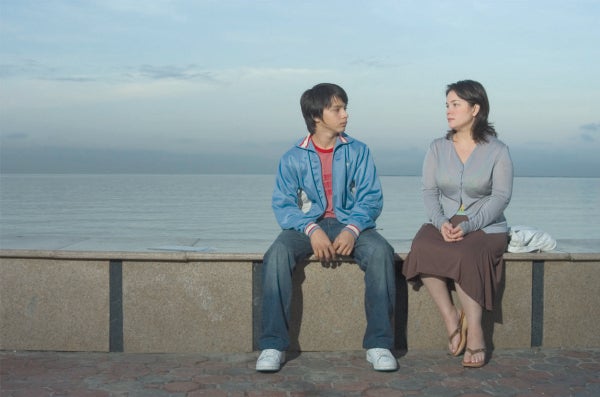 A scene from “Sarong Banggi” by Emmanuel dela Cruz

Cinemalaya shines the spotlight on 2016 Cannes Film Festival Best Actress Jaclyn Jose in the 12th Cinemalaya Independent Film Festival, ongoing until August 14 at the Cultural Center of the Philippines.

“Focus: Jaclyn Jose” is a tribute to Filipino artistry and world class talent as exemplified by Jose.  It will feature three of the actress’ films:

“Itanong mo sa Buwan” (1988) by Chito Roño on August 10 at 6:15 pm, at the Tanghalang Manuel Conde.  In the film, a married bank teller gets caught up in a bungled bank robbery and gets taken as a hostage.  The film also stars Mark Gil, Anjo Yllana, Anita Linda, Tita Muñoz, Mia Gutierrez, Lucita Soriano and Susan Africa.

“Sarong Banggi” (2005) on August 12, at 3:30 pm at the Tanghalang Manuel Conde is a Cinemalaya film by Emmanuel de la Cruz.  Jose plays Melba, a prostitute hired by a group of friends to surprise their virgin friend Nyoy, played by Angelo Ilagan, on his birthday.

However, when they discover that Melba is actually a middle-aged woman unlike what she described herself to be, they got rid of her and went to look for younger girls. Nyoy who seems to have something more in his mind, sought for Melba. A bond developed between them soon after.

Jose is the first Filipina to win the Cannes Film Festival Best Actress award.  She was awarded the prize for her portrayal of a drug-dealing matriarch in a Manila slum in the film “Ma Rosa” by Brillante Mendoza.

Cinemalaya is a project of the Cinemalaya Foundation, the Cultural Center of the Philippines in partnership with Ayala Malls Cinemas.  Established in 2005, Cinemalaya is an all-digital film festival and competition that aims to discover, encourage and honor cinematic works of Filipino filmmakers.

Catch the Cinemalaya films at the CCP and Ayala Theaters — Greenbelt 1 and Glorietta 4, Makati, Fairview Terraces, TriNoma, and UP Town Center, Quezon City and Solenad, Nuvali in Sta. Rosa, Laguna. In Cebu, Cinemalaya will be held at the Ayala Center Cinema on August 9-14.