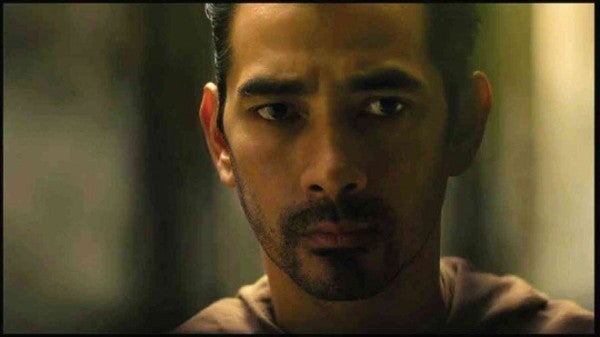 The saga of the Jews who fled from the Nazis and found safe haven in Manila, the adventures of Americans in peacetime Philippines, the lives of extraordinary artists, the struggles of Filipino OFWS and life in war-torn Mindanao are the subjects of documentary films to be featured in the 12th Cinemalaya Festival’s documentary section billed as “Panoptika (Seeing Everything)” at the Cultural Center of the Philippines on August 5-14.

“An Open Door: Holocaust Haven In The Philippines” by Noel Izon

The film is a historical documentary which presents the almost unknown story of political, racial, cultural, and religious tensions and collaborations in which the European and Pacific Theaters of World War II intersected in a successful effort to save thousands of Jewish lives.

Over one thousand three hundred of them found not only a sanctuary but religious freedom and cultural acceptance in the Philippines as Manuel Quezon, President of the Philippine Commonwealth, was dedicated to offering refuge to Europe’s persecuted Jews.

Curiosity, Adventure and Love” weaves together three threads — the life of 104-year-old American who journeys to the Philippines alone in 1933 at age 18, the history of the country that she has witnessed and the insights and wisdom of a woman, Jessie Lichauco, whose indomitable spirit has evoked inspiration for the thousands who have known her.

“Dahling Nick” is a documentary-drama exploring the life and works of National Artist for Literature Nick Joaquin, who only accepted the National Artist Award on the condition the Marcos Dictatorship release a well-known writer who was being unjustly detained during Martial Law.

Depicting the “inner world” of this canonical writer, the film is a celebration of Joaquin’s life and inimitable contributions to Philippine arts and letters.

This video documentary tells the story of the extraordinary odyssey of an Oklahoman Fox native from Indian Territory to the Harvard Club to the head-hunting country of Northern Luzon, Philippines, 1907-1909.

“Headhunting William Jones” explores themes of the assimilated Native American, the ethnologist as American patriot, and the scientist as Victorian.

In “Mga Dayo”, six Filipinos recollect their experiences in Myanmar, weaving a tapestry of poignant memories and heartfelt wishes. As they candidly share their insights, issues on human flow, migration, and integration among Southeast Asian nations are reflected upon. More interestingly, they also reveal the circumstances that led them to consider Myanmar as their second home.

“The Crescent Rising” by Sheron Dayoc

Three portraits of different lives caught in between a crossfire of unwavering faith and ambiguous history. The film presents interwoven stories to create a tapestry of Mindanao’s forgotten people. The film won the Netpac award at the QCinema International Film Festival, 2015 and the Best Documentary at the Gawad Urian awards, 2016.

“The Landscape Within” by Andrea Capranico

Eric Nui Cabales, body-painter, costume designer, photographer and conceptual artist struggles to find new directions after the death of his father. With a strong desire to move forward, Eric finds purpose in the inner sources of his inspiration and in the roots of his affections. The film was an official entry to various international festivals and won Best Sound at the Apollo Awards in Singapore early this year.

Destined to be among the great jazz virtuosos, Thomas Chapin an alto sax and flute master, was nearing the pinnacle of his meteoric career when leukemia took him at the age of 40.

Decades later, his passionate life and incandescent music continue to inspire new generations of artists and musicians. This documentary draws an intimate portrait of a musical explorer who transcended the boundaries of jazz and dissolved the distinctions between sound and music.

It won the Best Story award at the NICE International Filmmaker Festival of World Cinema, 2016.

Cinemalaya is a project of the Cinemalaya Foundation, the Cultural Center of the Philippines in partnership with Ayala Malls Cinemas.  Established in 2005, Cinemalaya is an all-digital film festival and competition that aims to discover, encourage and honor cinematic works of Filipino filmmakers.

Catch the Cinemalaya films at the CCP and Ayala Theaters – Greenbelt 1 and Glorietta 4, Makati, Fairview Terraces, TriNoma, and UP Town Center, Quezon City and Solenad, Nuvali in Sta. Rosa, Laguna. In Cebu, Cinemalaya will be held at the Ayala Center Cinema on August 9-14.

For more information, visit www.cinemalaya.org or www.culturalcenter.gov.ph and the Cinemalaya Facebook page or CCP Media Arts at telephone number 832-1125 local 1704-1705 and the CCP Box Office at 832-3704.