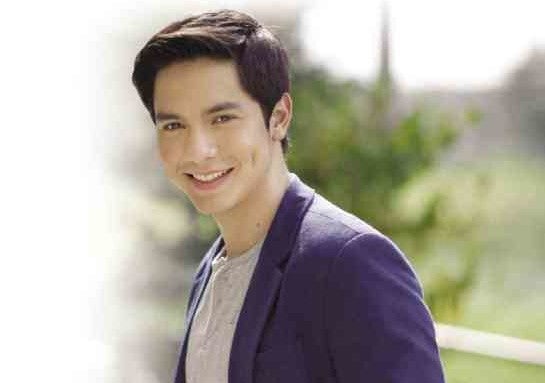 Alden Richards wouldn’t talk too much about his coming projects with his screen partner Maine Mendoza, but he did confirm that doing a teleserye together is a “big possibility.”

“It’s already in the works,” said the 24-year-old heartthrob, who was earlier rumored to be starring in the adaptation of the Korean romantic comedy series, “My Love from the Star,” with Jennylyn Mercado—a prospect met with mixed reactions from the AlDub love team’s most devoted fans.

“It’s going to be a surprise … Our pairing is going strong,” added Alden, who recently hosted a thanksgiving party for the press, after the success of his first starring film with Maine, “Imagine You and Me,” which is now on its third week in cinemas.

The Kapuso actor was then prodded about the viral images showing him and Maine seemingly on a date at the Sofitel Philippine Plaza Hotel in Pasay City.

The stolen shots surfaced online, shortly after the two celebrated their tandem’s first anniversary on the noontime show, “Eat Bulaga!,” on July 16.

“That’s our safe zone,” related Alden, adding that he and Maine shared an intimate conversation. “We had a recap of sorts of what’s been happening in our lives. So much has changed, big changes.”

With his film doing well at the box office, his latest music album reaching septuple platinum status, a book out, and a slew of other blessings coming his way, Alden does have a lot to be thankful for.

To give back, the actor announced that he’s planning to put up a foundation that would focus on helping sick children and orphans.

“I hope it pushes through this year or early next year,” Alden said. “I believe that all the good things happening in my life right now aren’t meant to be kept to myself. It’s when I share such blessings that I feel their true worth and value.”