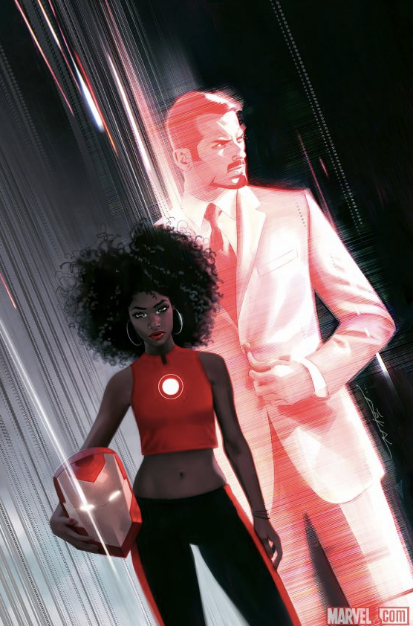 Iron Man writer and Marvel veteran Brian Michael Bendis revealed to American media outlets that he sketched the female protagonist after he was devastated by Chicago’s high crime rate. Williams will be illustrated by Stefano Caselli.

“And this story of this brilliant, young woman whose life was marred by tragedy that could have easily ended her life, just random street violence, and went off to college was very inspiring to me,” Bendis told TIME.

Williams is a science wizard who enrolled at the Massachusetts Institute of Technology at age 15. Williams was first introduced in Invincible Iron Man #7 when she engineered one of Stark’s old iron suits. She will debut as the famed heroine in the upcoming comic series Invincible Iron Man #1.

According to The Guardian, Stark will retire at the finale of Civil War II and will “distract himself from personal issues.” Next, he decides to find someone ahead of him when he was at that age — and Stark meets the brainy Williams. Stark will be impressed when he witnesses the college teen creating her own armored suit in her own dorm room.

Bendis also notes that the comic book company’s commitment to equality and racial diversity was questioned by many of their fans. “There are fans who say, ‘Show us the new stuff,’ and then there are fans who say, ‘Don’t do anything different from when I was a kid.’ So when you’re introducing new characters, you’re always going to have people getting paranoid about us ruining their childhood,” he detailed.

‘Civil War’ is the best Marvel Movie so far