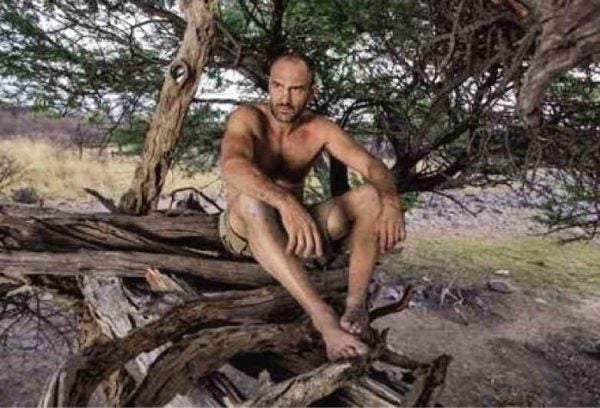 “IF YOU like watching people suffer, it’s quite a good show to watch,” survival expert and TV host Ed Stafford described his Discovery Channel series, “Marooned,” to the Inquirer in a phone interview.

The second season of the show, which will begin airing on May 24, 8 p.m., pits the British adventurer against a variety of environments, where he is abandoned and expected to fend for himself.

In a future episode, the series will feature a location in Palawan, which the adventurer described as “an amazing place” that posed certain challenges.

“It was a coastal environment—it was quite similar in a way to [my previous show] ‘Naked and Marooned,’ when I was on [an island in] Fiji,” said Stafford. “Finding fresh water was a big challenge. I lived off [of] coconut water for about the next four days and eventually, I found a swamp in the rock that had stagnant rain water. I made a filter using sand, charcoal and organic matter. I filtered that water and boiled it.”

The episode will air in the third quarter of 2016. Stafford added that the visit was a memorable experience. “I would love to come back to the Philippines. Everyone is extraordinarily helpful and friendly. The island is stunning, absolutely beautiful.”

Stafford’s other TV project, apart from “Naked and Marooned” and the first season of “Marooned,” was Discovery’s 2011 docuseries, “Walking the Amazon,” an 860-day jungle expedition along the Amazon River.

For his current show, Stafford chose to present his adventures in more direct ways, compressing time in isolation to 10 days: “We picked the most interesting part [for the episodes], the period where you’ve got to do all of the things you need to get to the stage where you’re comfortable.”

On the lack of clothing, and comparisons to a Discovery Channel series, “Naked and Afraid,” Stafford said while snickering, “I have shorts now, which is nice, because I’m 40 years old—and no one wants to see a 40-year-old naked. I think ‘Naked and Afraid,’ as much as it has been very popular, has become a bit of a stunt … I don’t think there’s any need to be naked anymore. Wearing a pair of shorts is enough to show that you haven’t taken anything in there to help you. ‘Naked and Afraid’ is … very different. They have a camera crew. The contestants, they’re not really survival experts.”

Fan response has been positive, so far. “When people message me through Twitter [or] Facebook, they tend to respond to the honesty of it, the fact that I’m doing things for real. It’s not all about success; it’s equally about failures.”

The new season of “Marooned” will show more locales to explore, including remote spots in Namibia, Guatemala and Mongolia. “[There are] different obstacles to overcome in the jungle,” he said. “I got dropped off in the Gobi Desert, and I had difficulty finding water … Every environment has a different challenge—and that’s what makes it fun.”

One important thing to remember about being abandoned in potentially harsh environments, according to Stafford: “If you panic, things are going to be increasingly difficult. If I keep myself in a good place psychologically, then everything falls into place.”