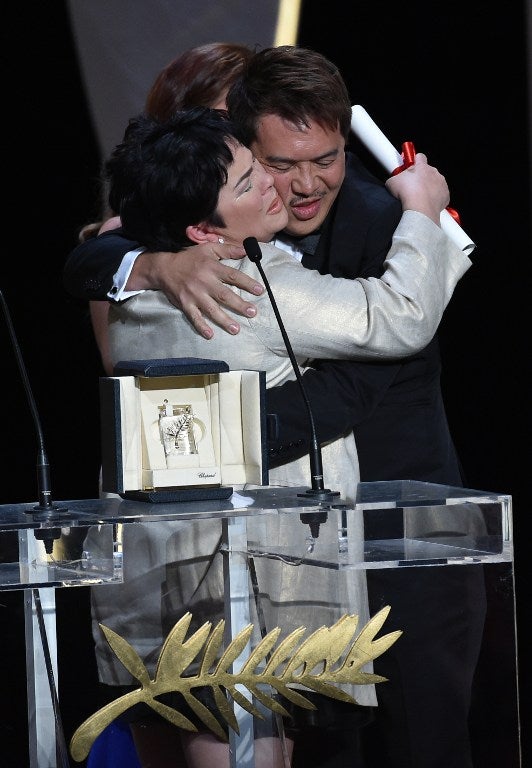 Filipino actress Jaclyn Jose (L) celebrates on stage next to her daughter, Filipino actress Andi Eigenmann, and Filipino director Brillante Mendoza after being awarded with the Best Actress prize during the closing ceremony of the 69th Cannes Film Festival in Cannes, southern France, on May 22, 2016. AFP

It’s a first for the country.

The last time the Philippines won in Cannes was the best director award of Mendoza for “Kinatay” in 2009.

Previous major acting prizes in A-list festivals won by Filipinos were the best actress triumphs of Nora Aunor for “The Flor Contemplacion Story” in Cairo in 1995 and Eugene Domingo for “Barber’s Tales” in Tokyo in 2013.

Prior to her departure, Jose told the Inquirer that the most challenging part of the film was Mendoza’s instruction “not to act.”

“I couldn’t even wear makeup,” Jose recalled. “Dante (Mendoza’s nickname) wanted our performance to be as natural as possible.”

Turned out “not acting” won her best actress in the world’s glitziest film  festival. 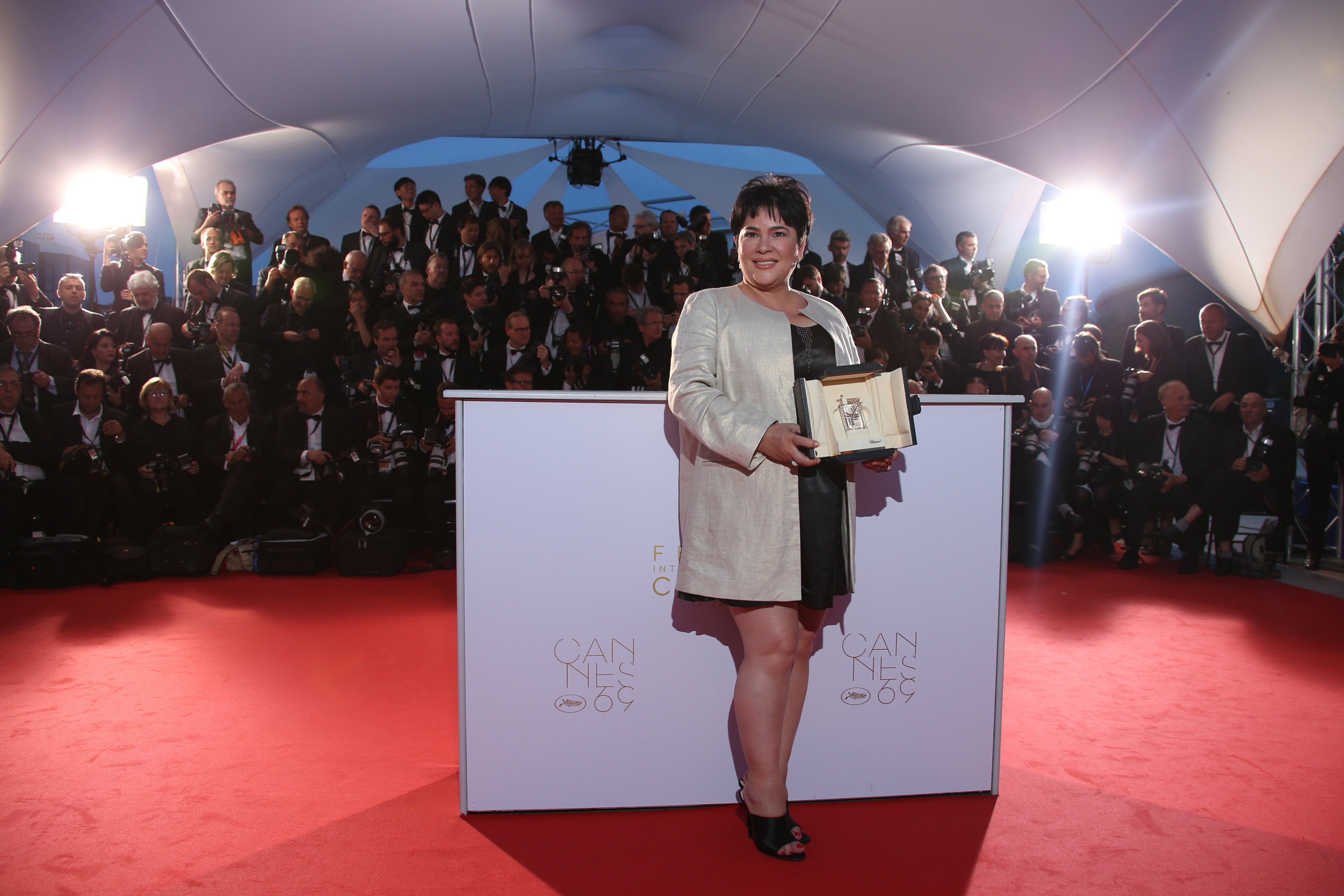 Actress Jaclyn Jose pose for photographers with her Best Actress award for her role in the film Ma’ Rosa during the photo call following the awards ceremony at the 69th international film festival, Cannes, southern France, Sunday, May 22, 2016. AP

International critics had nothing but praise for Jose’s performance.

Hollywood Reporter described her as “resilient yet understated.”

Screen International pointed out that Jose “cuts an imposing figure … she (is) the heart of the (compelling) story.

In her speech in Cannes, Jose said the best actress award came as a “surprise.”

Jose shared her victory with her director Mendoza and costar, daughter Andi Eigenmann, who both went up the stage with her.

She previously told the Inquirer that “Ma’ Rosa” is a story that the world needs to know because it shows “how Filipino families cope and survive in spite of poverty. With reports from AFP