The word “dyamper” is commonly used by Filipinos to refer to a device that tampers with electrical consumption. But in Mes De Guzman’s Sinag Maynila entry, it takes a different meaning.

The film “Dyamper” tells the story of three men who jump readily onto delivery trucks that ply the Dalton Pass, the gateway to Cagayan Valley.

The characters do not jump for fun. Rather, they steal farm-produced crops and goods and sell it at the wet market to earn money.

“These are my childhood stories. I’m from Nueva Vizcaya. I always see those trucks passing along the highway.  I carry those images with me,” writer and director De Guzman told INQUIRER.net.

“That is how the germ of the idea started. And eventually it has developed,”  he said. 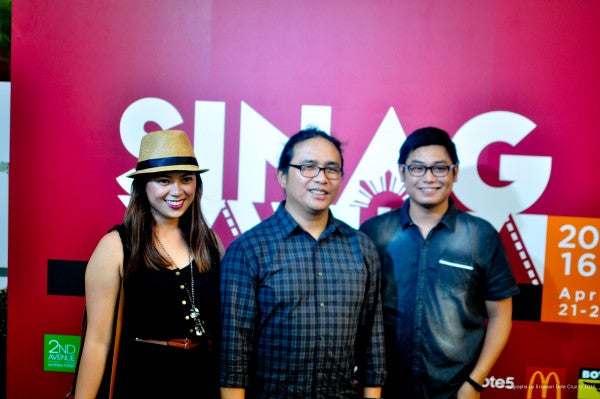 In the film, one of the main characters will discover something from the truck that will put him and his friends in jeopardy.

“This is the most difficult film I’ve done in terms of logistics,” said the director as he related how hard it was to shoot scenes atop moving trucks along roads near the edge of the ravine.

There is something different in “Dyamper” that indie buffs  can look forward to, De Guzman assured.

“The characters are adventurous. At the same time, the film got a dash of action. We also scouted beautiful locations,” he said.

“I am impressed with our setting in Nueva Vizcaya,” actress Liza Diño shared. “I think it is where Direk Mes shot  almost all of his films because he wants to make regional films that put people’s rural lives at the forefront.”

“For those who are in the city, they would get a glimpse of how people live and struggle in the province. Their life is not less interesting than what we have here,” she added.

The other full-length features in competition are “Mrs.” By Adolf Alix jr., “Expressway” by Ato Baustista, “T.P.O.” by Jay Altarejos and “Lila” by Gino Santos. TVJ