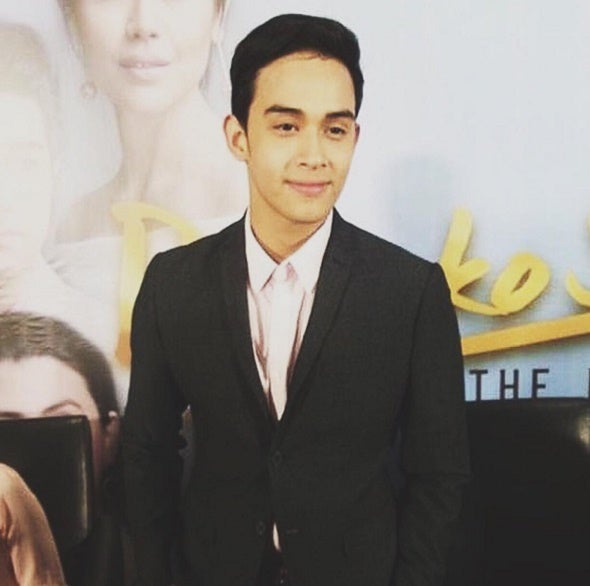 After the mauling incident at a posh club in Taguig City, actor Diego Loyzaga said he had been receiving death threats.

Loyzaga and his friends were allegedly embroiled in a mauling incident involving brothers Wilmer Paolo and Wilmer Angelo Lopez at a posh club in Taguig City on Sunday morning.

But the son of actors Cesar Montano and Teresa Loyzaga maintained that he did not “lay a hand” on the Lopez brothers after the two claimed that his group teamed up on punching and kicking them while outside the Palace Pool Club in Bonifacio Global City.

READ: Diego Loyzaga: I did not start mauling incident

“I myself sustained injuries. I have nothing to do with what happened to Paolo and his brother,” Loyzaga said.

He said that he was brought by his friends to the hospital after he was punched in the face that got him bloodied.

He denied the allegations of the Lopez brothers that he ordered to hit them and confronted one of them in the comfort room.

“I did not lay a finger [on] Paolo or on his brother the entire night,” he said.

He said there was indeed a mauling incident that happened but was quick to say that he shouldn’t be blamed for it.

The actor, however, said he felt sorry for what happened for the two brothers when he saw them in news reports.

“When I saw them, I really wanted to say I am sorry for what happened but it wasn’t really my fault,” he said.

Loyzaga said that a common friend of him and Wilmer Paolo tried to patch things up between them.

“Honestly I want to talk to the brothers,” he said.

“I want to say sorry for the events that happened that night. It was never my intension to escalate to that na rambulan (rumble)…” he said.

He said he called Wilmer Angelo to ask if it was okay for them to talk, but Wilmer hung up on him. NC/IDL