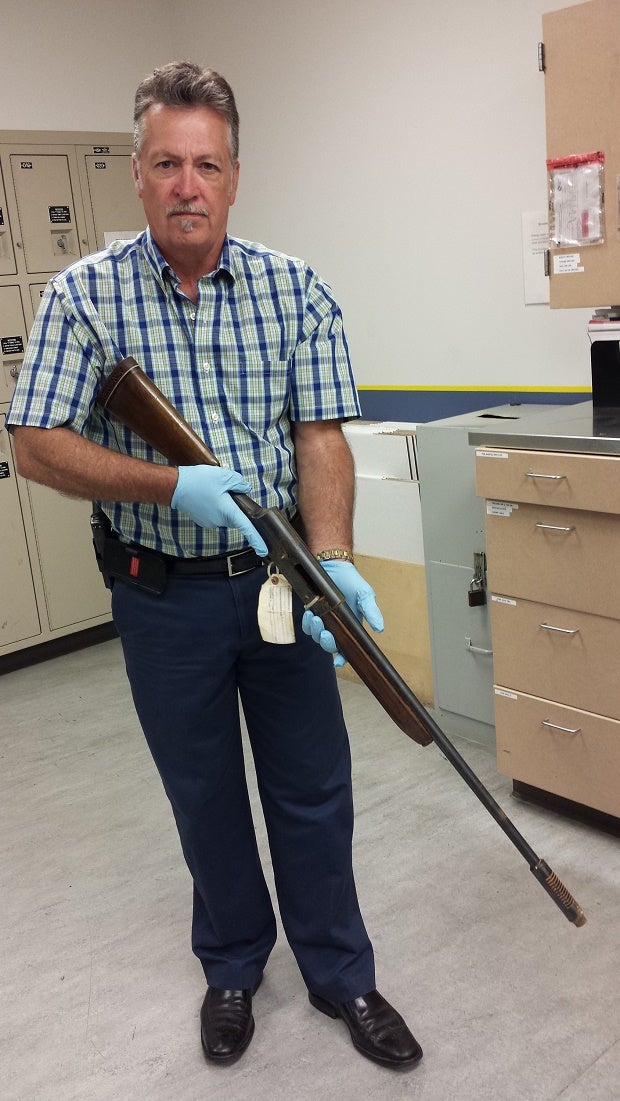 In this June 2015 photo released by the Seattle Police on Thursday, March 17, 2016, Detective Michael Ciesynski holds the shotgun which rock legend Kurt Cobain used to kill himself on April 8, 1994. Police did not say why they took the photos last year or why they’re releasing them to the public at this time. AP

SEATTLE — Police in Seattle have released photos of the shotgun Nirvana frontman Kurt Cobain used to kill himself more than two decades ago.

Police say the photos were taken in June 2015, added to the city of Seattle’s computer system March 3 and since then have been added to the investigative file.

Police did not say why they took the photos last year or why they’re releasing them to the public at this time.

Cobain’s body was found in Seattle on April 8, 1994. An investigation ruled his death a suicide.