The eight contenders for the best picture Oscar 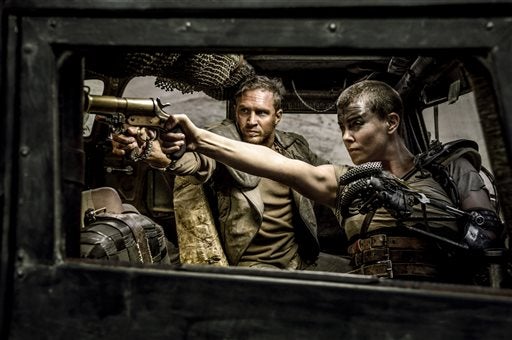 HOLLYWOOD—From a blood-soaked tale of revenge, to a dystopian action thriller, to a dramedy about the subprime mortgage crisis, this year’s contenders for the best picture Oscar on Sunday offer a wide range of stories and moods.

Below is a brief summary of each of the eight movies vying for the most coveted golden statuette:

Adam McKay’s “The Big Short” is based on Michael Lewis’s non-fiction 2010 book of the same name on the 2008 global financial meltdown.

Boasting an all-star cast including Christian Bale, Steve Carell, Ryan Gosling and Brad Pitt, it is nominated for five Oscars, including best director.

Directed by John Crowley and based on Colm Toibin’s book of the same name, “Brooklyn” tells the story of a young Irish immigrant navigating her way in 1950s New York and torn between two men who love her.

George Miller’s stunt-filled fourth installment of the “Mad Max” franchise tells the story of a post-apocalyptic road warrior — played by Charlize Theron — who sets out to free the wives of a tyrannical warlord.

The film earned 10 Oscar nods including for best director, costume design and makeup.

Based on the novel by Andy Weir, the movie tells the survival story of astronaut Mark Watney, who becomes stranded on Mars following an unexpected storm and is left for dead.

It tells the story of real-life 19th century fur trapper Hugh Glass, portrayed by Leonardo DiCaprio, who is expected to walk away with his first Oscar.

“Room,” up for four Oscars including the best actress prize for Brie Larson, was adapted from Emma Donoghue’s novel of the same name, shortlisted for the Booker Prize.

The film tells the story of Joy “Ma” Newsome, a young woman who has given birth in captivity and escapes after seven years in a shed, as told through the eyes of her five-year-old son Jack.

“Spotlight” depicts the painstaking investigation by The Boston Globe newspaper on how the Catholic Church hushed up the activities of nearly 90 pedophile priests in the northeastern US city in the early 2000s.

Nominated for six Oscars and a slew of other prizes, the film is based on a series of stories by the real Spotlight team, who earned the Globe the 2003 Pulitzer Prize for Public Service.