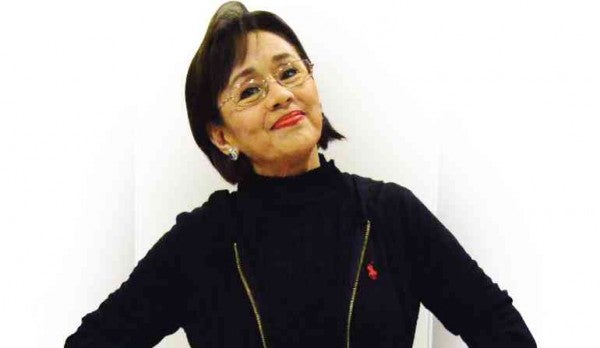 Liza Colina, housewife: “I watched Vilma Santos’ latest film, ‘Everything About Her,’ recently, and I must say that, just like wine, her acting talent is getting better with age. I hope she gets to act on a more regular basis, in between her duties as a public servant.

“I also wish her handlers would find more challenging film projects for her. There’s still so much that can be mined from this jewel of a woman.”

Tom Valencia, televiewer: “The recently televised presidential debate—the first to be conducted in 24 years—was a letdown because it was loaded with so many commercials! Being Comelec-sponsored and a public service program of the GMA network, I thought there’d be fewer commercials.

“There will be two more presidential and one vice presidential debates before the May polls. I hope the network will devote more airtime to them!”

Mina Calderon, film enthusiast: “Now that John Lloyd Cruz and Piolo Pascual have discovered ‘indies,’ I hope their screen partners, like Angel Locsin, Sarah Geronimo and Bea Alonzo, would follow suit. The award that their film, ‘Hele sa Hiwagang Hapis,’ won in Berlin should inspire them to appear in more indie projects.”

Raffy Manzano, businessman: “One of my most-awaited screen comebacks is that of Aga Muhlach. I’ve been following Aga since his ‘Bagets’ days, but I liked him even more when he began tackling more mature roles. He still looks credible as a leading man despite his heft. I hope he’ll make his presence felt again on the silver screen soon!”

Mark Anthony Carabbacan, student: “GMA News TV’s ‘I Juander’ helps viewers appreciate our rich Filipino culture and traditions. The program isn’t just a visual treat, it also makes me proud to be a Filipino—it shows that it’s more fun in the Philippines, indeed!”