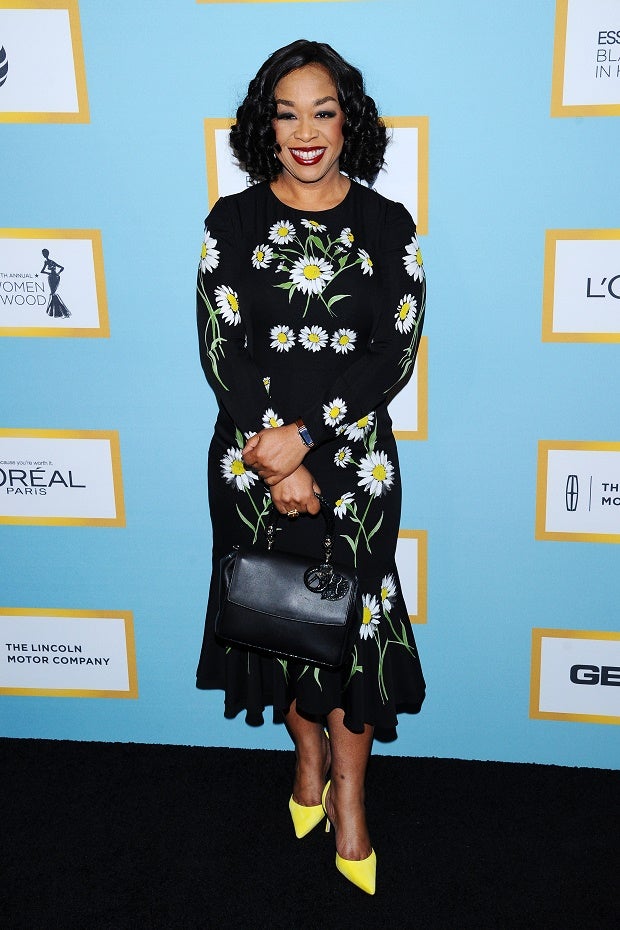 Rock, Hudlin and Boone Isaacs were among the guests at Essence Magazine’s ninth annual awards luncheon Thursday at the Beverly Wilshire Hotel. Hudlin took the stage to present an award to legendary entertainer Debbie Allen.

Shonda Rhimes announced that Allen has agreed to serve as producing director of “Grey’s Anatomy” and called the writer-director-choreographer-performer “a force of nature.”

“Debbie blows through an environment and changes the landscape forever,” Rhimes said.

Ross, accompanied by her father and older sister, Rhonda, accepted the Fierce and Fearless award. She said she had been sick for the past week and worried she wouldn’t be able to attend the luncheon.

Oprah Winfrey opened the program, which will air Saturday on OWN.

In a year when Hollywood’s lack of inclusion has overwhelmed the Oscar race, Winfrey said, “it’s a beautiful thing that we have the good sense to do this for ourselves.”