DiCaprio may win his first Oscar, other predictions 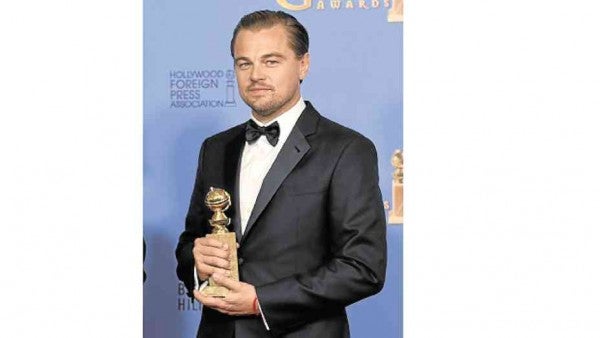 LOS ANGELES—Leonardo DiCaprio better be ready with his acceptance speech. “The Revenant” actor is predicted to finally win his first Oscar this Sunday (Monday morning, Manila time) at the 88th Academy Awards show.

But Leonardo, whose solid performances in such films as “The Departed,” “Catch Me If You Can” and “Titanic” were snubbed by the Academy, is expected to triumph this time at the show to be hosted by Chris Rock at the Dolby Theatre in Hollywood.

Quibble: Tom Hardy, terrific as identical twin gangsters in “Legend,” deserves to be in the best actor derby, but was left out.

The best picture winner is not as easy to predict. In a rare instance, there is no clear frontrunner in this race. Instead, it’s a three-way contest between “The Big Short,” “Spotlight” and “The Revenant.”

But if we go by the pattern that most Directors Guild of America (DGA) best picture winners have gone to claim the Oscars’ plum prize, then “The Revenant,” which won the DGA honors, may be it. 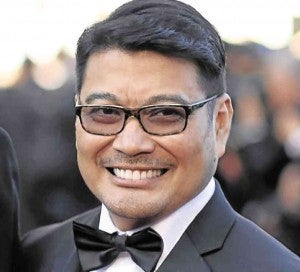 Personally, it would be fun to see if the Academy voters pulled a surprise and went with “Mad Max: Fury Road.”

Also in the running for the star-studded night’s top prize are “Bridge of Spies,” “Brooklyn,” “The Martian” and “Room.”

“Inside Out,” directed by Pete Docter and codirected by Filipino-American Ronnie del Carmen, is a shoo-in for the best animated feature.

The acclaimed film has virtually swept the best animated movie honors this awards season, edging out “Anomalisa,” “Boy and the World,” “Shaun the Sheep Movie” and “When Marnie Was There.”

A victory by “Inside Out” will mark the eighth time Pixar has won the best animated feature trophy.

Ronnie, who is the first Filipino to earn a best original screenplay nod, shares the nomination with his fellow “Inside Out” writers—Pete, Meg LeFauve and Josh Cooley.

If the Cavite native and his Pixar collaborators triumph, it will be the first time that an animated film would win in this category. It’ll also be the first film from Pixar, whose six other movies were previously nominated in this field, to bag a best screenplay Oscar.

Ronnie and his wife Theresa, or “Tess,” will proudly wear creations by a Filipino designer, Oliver Tolentino. Ronnie will be in a midnight blue tux jacket (made of piña, the Filipino fabric made from pineapple leaves), while Tess will wear a green lace gown.

“Inside Out” is the dark horse,  while “Spotlight” is picked by the awards prognosticators to dominate this original screenplay category where “Bridge of Spies,” “Ex Machina” and “Straight Outta Compton” are also in the running.

Brie Larson, who plays a mother forced to raise her son in captivity in “Room,” is the odds-on favorite to win the best actress honors, against Cate Blanchett (“Carol”), Jennifer Lawrence (“Joy”), Charlotte Rampling (“45 Years”) and Saoirse Ronan (“Brooklyn”). 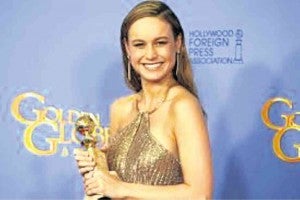 Sylvester Stallone (“Creed”), nominated again for an Oscar after a gap of 39 years, is the sentimental choice to bag the best supporting actor trophy. He’s up against Christian Bale (“The Big Short”), Tom Hardy (“The Revenant”), Mark Ruffalo (“Spotlight”) and Mark Rylance (“Bridge of Spies”).

Don’t count out Bale, Ruffalo and Rylance, though—one of these three might pull an upset.

Idris Elba, compelling as a commandant in charge of child soldiers in a war-torn African nation, was snubbed in this category, one of the reasons for the outcry over the lack of diversity in this year’s Oscars nominations.

It’s a toss-up between Alicia Vikander (“The Danish Girl”) and Kate Winslet (“Steve Jobs”) for the best supporting actress prize. But awards prognosticators say that Alicia has a slight edge. Also in this race are Jennifer Jason-Leigh (“The Hateful Eight”); Rooney Mara (“Carol”), whom some insist should have been in the best actress category; and Rachel McAdams (“Spotlight”).

If Alejandro G. Iñárritu prevails as best director for “The Revenant,” he will make Oscar history as the first filmmaker since Joseph L. Mankiewicz in the 1950s to win the best director honors back-to-back.

However, if voters are not inclined to award Alejandro again because he just won last year for “Birdman,” George Miller might emerge as the winner. The “Mad Max: Fury Road” filmmaker, who is 70 years old, hasn’t won a best director Oscar.

In the best foreign language film contest, Hungary’s Holocaust drama, “Son of Saul,” is favored to win. But Colombia’s “Embrace of the Serpent,” about Amazon exploration from the perspective of indigenous eyes, could be a spoiler.

“The Big Short,” Charles Randolph and Adam McKay’s inspired adaptation of Michael Lewis’ book chronicling the 2008 financial meltdown, is expected to romp away with the best adapted screenplay statuette. This race’s other nominees are “Brooklyn,” “Carol,” “The Martian” and “Room.”

In the music categories, Lady Gaga, who is having quite a season, may add a gleaming best song Oscar to her Golden Globe and Grammy trophies at home. She and Diane Warren are the top contenders for their ballad, “Til It Happens to You,” from “The Hunting Ground.”

Sam Smith and Jimmy Napes’ Bond theme song, “Writing’s on the Wall,” and The Weeknd’s “Earned It” from “Fifty Shades of Grey,” are spoilers in this field.

Speaking of music, “Amy,” about tragic singer Amy Winehouse, is the frontrunner in the best documentary feature category. “What Happened, Miss Simone?,” a docu on another singer, the legendary Nina Simone, or “Cartel Land” could spring a surprise.

Completing the lineup of nominees in this derby are “The Look of Silence” and “Winter on Fire: Ukraine’s Fight for Freedom.”

The winners in these fields and other categories will be announced in the show to be televised to audiences all over the world.