Thomas Jane still shoeless after all these years 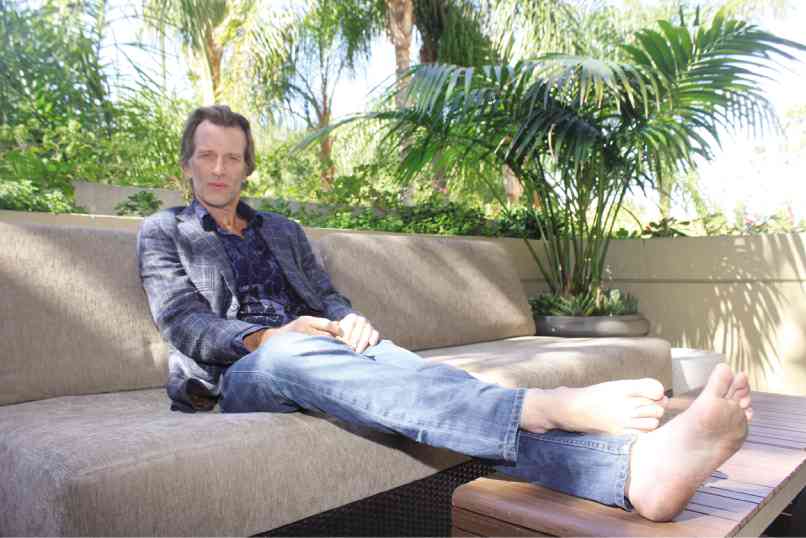 THOMAS Jane wants people to free their feet from being “trapped in these little prisons” called shoes. Ruben V. Nepales

LOS ANGELES—After all these years, Thomas Jane is still shoeless. The star of “Hung,” “The Punisher” and now, the new epic space drama series, “The Expanse,” has been barefoot, even at the premieres of his shows and movies. On this recent morning at the Four Seasons Hotel, Thomas walked in with his toes in full view.

“Mostly, it’s grounding,” explained the actor about why he has been going sans shoes, sandals and sneakers for many years now. “I hope though that when people see me     barefoot, they think of all the people in the world who can’t afford shoes. I also hope that maybe people will think, I bet that feels good—the sensation of walking barefoot on grass, on this carpet, then walking down the hall and on the tiles—the coolness of that.”

“I love the sensation of feeling my body connected with my environment whereas with shoes on, your feet are just imprisoned all day.”

As you can tell, Thomas is and has always been an interesting interview subject. He is smart, articulate and obviously not your generic Hollywood actor.

The three-time Golden Globe nominee for HBO’s “Hung” series admitted that he’s not always barefoot. He had to wear shoes in Paris where he just spent some time.

“It’s cold there so actually, I did have to wear some boots,” he conceded.

In “Hung,” Thomas played, as the title suggests, a well-endowed man who is forced by dire circumstances to become a prostitute or a “happiness consultant.”

In Syfy’s “The Expanse,” a sci-fi mystery set 200 years in the future when man has colonized the solar system, Thomas plays a police detective, Joe Miller, who, along with the captain (Steven Strait) of an interplanetary ice freighter and a member of a political family legacy (Shohreh Aghdashloo) discover a conspiracy that puts all of mankind in danger.

Unlike his “Hung’s” Ray Drecker who is often nude in sex scenes, Thomas’ character is always dressed, with a jaunty fedora, to boot. “It’s too cold in space,” he explained. He cracked, “The parts (of my body) would freeze off, and they’d crack off and float away.”

Thomas looked very slim in his getup—printed shirt, jacket and blue jeans. “I had to lose a lot of weight for this show, because it takes place on an asteroid,” Thomas said. “There’s lower gravity, so everybody grows, stretches out, gets tall and skinny. So, I lost weight to reflect that, but I still go to the gym a couple of times a week. I like the way it looks and maybe I’ll stay skinny. I still love going to the gym. I stay in shape, and I look forward to putting a little weight back on.” 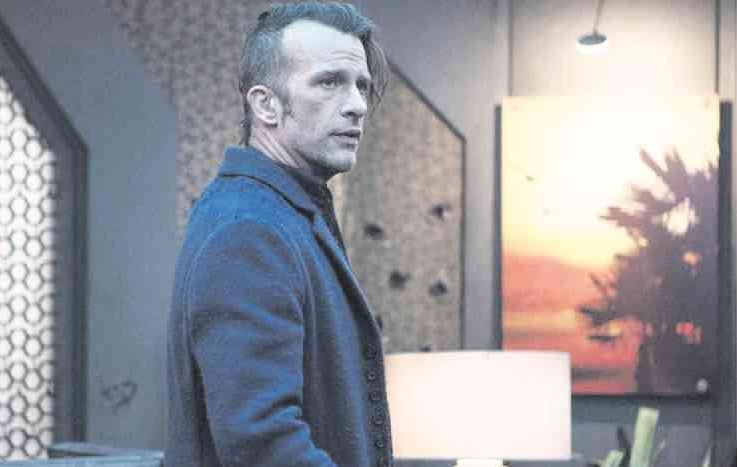 JANE plays Joe Miller in the SyFy show “The Expanse.”

Asked for his take on his hardened detective character, Thomas grinned as he dished, “Well, he’s definitely an a**hole.”

“There’s an infrastructure for kids who don’t have parents because it happened often. So, there’s a whole group of children who are brought up by the state or by the city. They are orphan kids who grow up without parents. So he was a street kid in that way. He had to learn to survive, based on his wits.”

He added, “It was easy for him to push the rest of the infrastructure away. He can see through the cracks of society since he grew up outside  society. I like that about him. He’s naked in that way. There’s no pretense. He’ll take a bribe. He knows how things work. It’s survival of the fittest.

“It’s like a Wild Western town. There’s no law except for the law that you make, because you’re stuck in the middle of absolutely nowhere, on an asteroid out in space. That’s what’s great about a western or film noir—you can deal with people before society comes in.”

Thomas was in Paris last Nov. 13 when the terror assault that claimed 89 lives during the Eagles of Death Metal’s concert at the Bataclan concert hall happened.

“I am just curious about what’s happening in the world that we are becoming so complacent,” Thomas commented. “We’re just letting this stuff happen. I see big problems coming. I see a lot of trouble coming our way here in America.

“I mean, can you believe it that this guy Donald Trump would even be considered as a candidate? It is a serious sign of some seriously f***ed-up s***.”

Thomas landed a major break when he was 17. He dropped out of high school in Maryland when Indian producers offered him to star in a love story à la “Romeo and Juliet.”

But he did not stay long in India. Instead, he headed to Los Angeles, where he experienced the usual struggles of someone young and new in town with acting ambitions.

He was homeless for a while, sleeping on park benches, and performing with his guitar for money.

“There were many nights,” Thomas said of his homeless experience. “When you come to Los Angeles or New York to be a performer or get into arts, there’s a circle of people who are  doing the same thing. You’ll find, especially if you’re young, a whole group of other people who are also 18 to 22 years old. They’re struggling to do the same thing that they love, too.

“Maybe the reason why I make a living at it (acting) today is because I didn’t have anywhere else to go. There was more than one night where I really thought, all right, what the hell am I doing here?

“But I didn’t have anywhere else to go. I wasn’t good at anything else.

“I only had a guitar. I would sit and play it, and people would give me money to go away and move down the street.”

Small parts in “Buffy the Vampire Slayer” and “The Crow: City of Angels” eventually led to bigger parts in “Deep Blue Sea,” “Under Suspicion” and “The Punisher.”

Along the way, he had major relationships with three women—Ayesha Hauer, Olivia d’Abo and Patricia Arquette, with whom he has a daughter, Harlow Olivia Calliope (born in 2003). He and Patricia finalized their divorce in 2011.

Asked about “Boyhood,” for which Patricia won Oscar and Golden Globe best supporting actress awards, Thomas remarked, “Oh, I thought it was great!”

Then, he dissed, “She won an Oscar for our marriage, do you know that?” He explained why the film, which Richard Linklater shot intermittently from 2002 to 2013, played a significant part in his married life to Patricia.

He recounted, “When we first met and started going out, she told me, ‘Oh, I’m doing this movie with Richard Linklater. I’m going to Austin (Texas) once a year for a weekend. We shoot for a couple of days. He’s going to shoot like one or two weekends a year until it’s done.’

“She went down there every year of our marriage. The year (2011) we split up was the year they wrapped (the film ended shooting in 2013). So, literally, from the year we met to the year that we finally signed the divorce papers, she was making that damn movie.  I can’t watch the film, because I will see her the year I first met her and then at the end of it, when we divorced. But I’m very proud of her and that achievement.”

And with that, he stood up to pose for photos. Shoeless, of course.