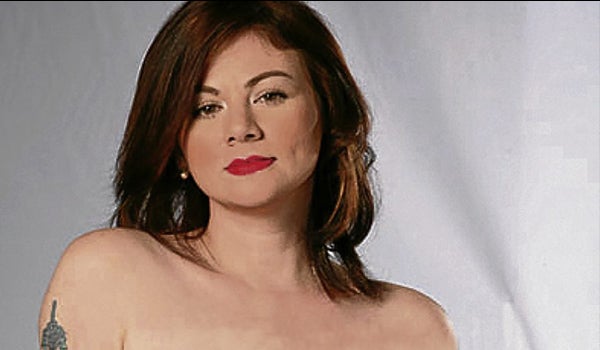 “I met her when I was 15. In fact, I had Grace so we could have a child to raise together,” Roces said in a TV interview with long-time friend, Boy Abunda.

“She [lesbian lover] thought I love the father of Grace but no, I just wanted to have a child with him,” Roces said on “Tonight with Boy Abunda” on ABS-CBN.

She didn’t give any details on the identity of Grace’s father.

Abunda asked Roces what happened to her relationship with the lesbian lover, why they didn’t end up together.

“She just disappeared. Then I had boyfriends, lovers, so many, you know that, Kuya Boy. I change partners as fast as people change clothes,” she said in Filipino.

Now that she’s reunited with her lesbian lover, Roces said she’s changed a lot. The once cantankerous but now happy actress said she has stopped smoking and drinking, among other vices. This time, she said it’s for good. This relationship could be her last.

“I’m not even attracted to men anymore,” Roces said, followed by her signature naughty giggle.

Roces’ revelation came a day after  Abunda gave a mouthful to boxing champion Manny Pacquiao because of his anti-same sex marriage stand.

Abunda to Pacquiao: Who are you to judge me as someone worse than an animal?

Looking back, Roces and Abunda have been friends for more than two decades.

In the late 1990s, they used to host the now-defunct “Startalk,” once the longest Saturday afternoon show-biz oriented talk show on GMA7, which also used to be the home network of Pacquiao.

When Abunda transferred to ABS-CBN to host his own show, Roces eventually resigned and went back to acting for movies.

From being one of the top sexy and more controversial actresses in the ’90s, Roces was able to reinvent herself into becoming a dramatic and much-awarded actress in the following years. She has since then acted for more serious directors like Carlitos Siguion-Reyna, Chito Roño and Erik Matti.

She was married for 11 years to banker Tito Molina. The marriage has since been annulled.

On television, Roces didn’t elaborate on the details of her wedding to her unnamed lesbian lover. TVJ