Love on the rebound | Inquirer Entertainment

Love on the rebound 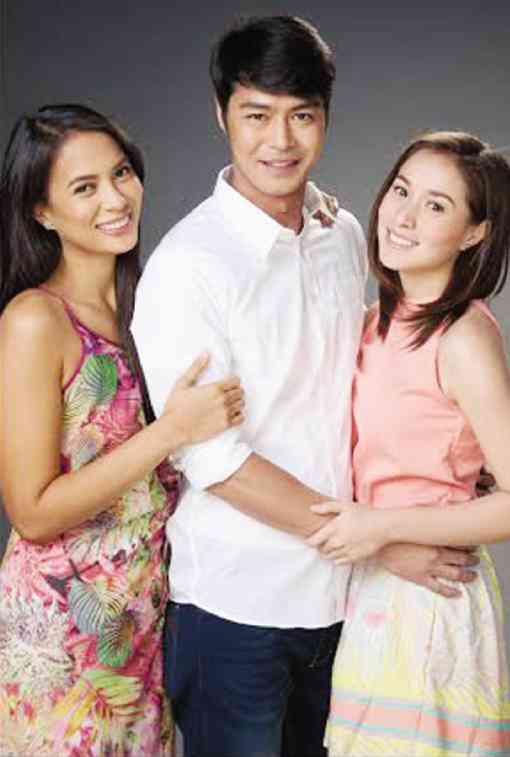 New drama series are starting the new TV year and season off to a bracing start, paced by “Tubig at Langis” with Zanjoe Marudo, Cristine Reyes and Isabelle Daza.

The new, “more mature” triangular love drama is notable for its “love on the rebound” format and theme, with Zanjoe and Cristine cast as former high school sweethearts who meet again years later, and realize that they’re still carrying a torch for one another.

This “chapter two” format invites its leads to come up with deeper and more “bittersweet” portrayals, and the good news is that Cristine and Zanjoe more than pass muster in this regard.

In particular, Cristine no longer has to go the sultry and sexy route to score points with viewers as she essays the role of the mother of a love child by a faithless beau.

As of this writing, Isabelle has yet to make her appearance, but her costars are doing so well that she has to play her “A” game to avoid getting left in the thespic lurch.

The way the series is unfolding, it looks like Cristine’s character has sworn off falling in love again after her traumatic experience with her faithless lover—but Zanjoe’s fierce devotion eventually convinces her to make an exception in his case.

Sadly, however, the belated appearance of Isabelle’s character as “the other woman” could eventually prove her cynical view of love and life right in the bitter end.

Still, this being teleserye country, we know full well that, after all the romantic upheavals and roller-coaster ride of “hyper-mega-ultra emotions pa more,” viewers’ trust in the beauty and power of love will be triumphantly restored—and vindicated!

With felt and insightful performances from the likes of Cristine and Zanjoe, that happy ending should be more naturally achieved and believable than most.

On the other hand, another relatively new show, “And I Love You So,” is making a less harmonious and cogent impression on viewers. It has some reliable players like Angel Aquino and Nikki Valdez, but its ingénue lead, Julia Barretto, is coming on too strongly thus far.

True, she’s cast as the series’ resident spoiled brat and troublemaker, but the pitch and intensity of her depiction is too unrelievedly loud and shrill to be tolerated, let alone appreciated.

This is a distinct pity, because Julia is lovely and spirited enough to make it as a star for the long term. But, if she doesn’t add greater texture, artistic judgment and subtlety  to her current portrayal, some viewers could end up getting turned off and not give her enough time to prove their initial negative impression wrong.

Another relative newcomer in the show, Iñigo Pascual, isn’t faring as badly, but he also needs to reevaluate his performance’s thrust thus far, because his character isn’t registering as clearly as he should. He has to do more than just passing muster as Julia’s potential romantic interest.

Thinking more long term, Julia’s handlers should plan ahead and plot her next moves after this series. Since she’s going the “young kontrabida” route here, she has to make sure that she doesn’t get typecast in “nega” roles, because that’s a character dead end full of—diminishing returns.