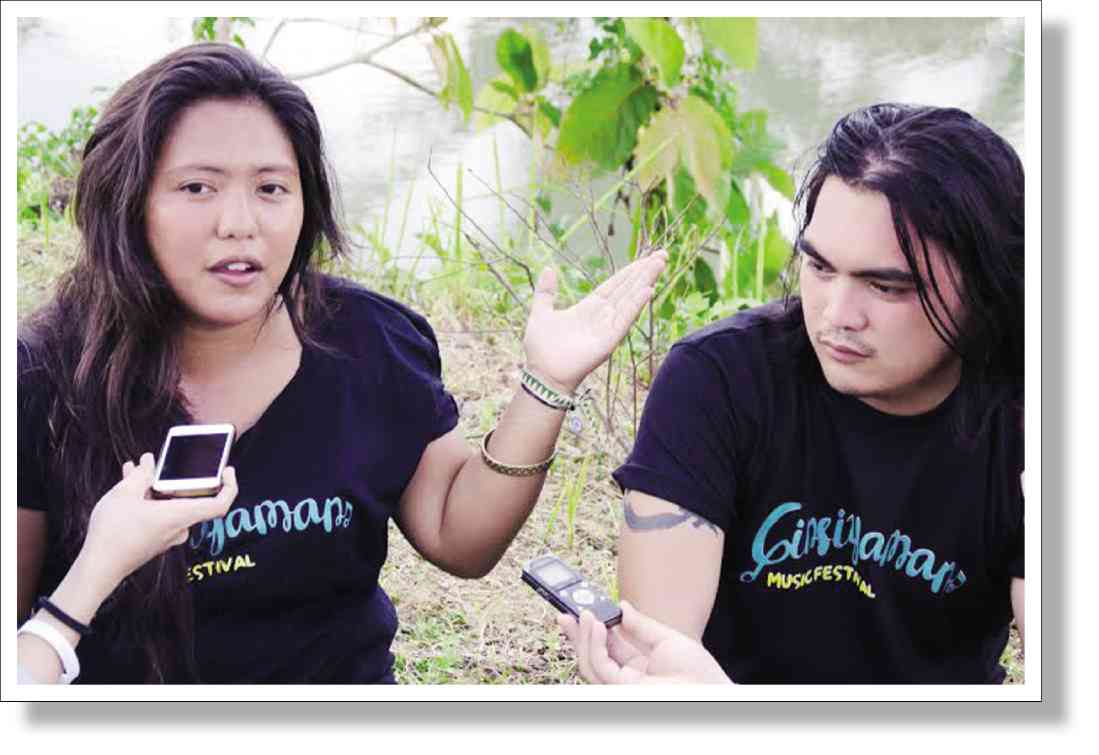 TRIXIE and Jacques Palami want to celebrate life through music.

TACLOBAN—On a sweltering but nonetheless laidback afternoon, a couple hundred revelers trooped and camped out on a sprawling farm about an hour’s drive away from this city for the first Ginsiyaman Music and Arts Festival—a Woodstock-inspired outdoor affair boosted by a solid lineup of indie acts.

These days, the mention of Tacloban conjures up images not of events like this one, but of the destruction that brought it to its knees when Supertyphoon “Yolanda” ravaged this city in November 2013.

Two years after the calamity, with the city still on the road to recovery, organizers of the Ginsiyaman fest felt it was time to show that there’s more to their hometown than Yolanda. “We wish we were on the map for a better reason,” Trixie Palami, who led the mounting of the festival with her brother, Jacques, said in a recent interview. “It’s nice to give first-time visitors a different experience. We want to show that it can be fun here, too; that we can celebrate life through music. ”

More than a showcase of Tacloban’s growing and unheralded music scene, the Ginsiyaman fest was put up as a means of thanking the slew of volunteers who flew in from different countries. In fact, the event was originally meant as a simple send-off party for foreign workers who would soon be leaving the city.

Jacques said, “We’ve met so many amazing people from all over the world—many of whom have been staying here for more than a year now. As they were about to return home, we planned to hold a despedida (farewell party) for them—but, things blew up and now we have a full-blown music festival! ”

Born and raised in Tacloban, the Palami siblings pursued their studies in Manila, where they also worked for various nongovernmental organizations. After Yolanda, Trixie and Jacques returned home and opened the Yellow Doors Hostel, which became a hub for volunteers.

The place hosted intimate live arts and music gigs—a breath of fresh air, especially for workers who had been exposed mostly to karaoke music during their stay here. “Many of them were surprised that Tacloban has a thriving art scene. So, we wanted to replicate that on a bigger scale,” Trixie said, adding that they made a conscious effort to showcase the talents of Leyteño artists in the lineup.

One such local act was the pop-jazz duo of Alan and Melissa Montilla, which opened the concert just as the sun was about to set. Acoustic artist Rice Lucido followed with whimsical indie-folk covers of “Toxic” and “Santong Kabayo.”

The vocalist of the pop-rock band Lady Suzette reminded us of Paramore’s Hayley Williams when she performed “Mama, Help Me” and “Ayoko Na,” an original song.

The alt-country rock group The Strangeness and pop band Ang Bandang Shirley performed jaunty sets, while Skymarines and The Ringmaster rocked the stage with atmospheric electronic music. Pulso, on the other hand, provided a dose of zinging post-rock instrumentals.

Composed mostly of volunteers from the US-based NGO All Hands, the audience was at its most spirited during the spots of three Leyteño acts: Aimee Delgado lent her muscular vocals to “Valerie”; Kulahig melded contemporary and folk influences with thumping beats, and the guitar-brandishing Bullet Dumas, now a fixture in Manila’s indie scene, bellowed soul-stirring, socially relevant tunes like “Ninuno.”

After the languid set of the trip-hop group Yolanda Moon, the show’s main act, the pop-electronica band Up Dharma Down, led by vocalist Armi Millare, seized the spotlight and held court with tunes like “Oo,” “Tadhana,” “Indak” and “Turn It Well.”

Trixie and Jacques organized the event with the support of the Department of Tourism and AirAsia. Jacques added, “It would be great if the festival becomes an annual event to help boost tourism in Leyte—because music is the perfect tool to do just that!”