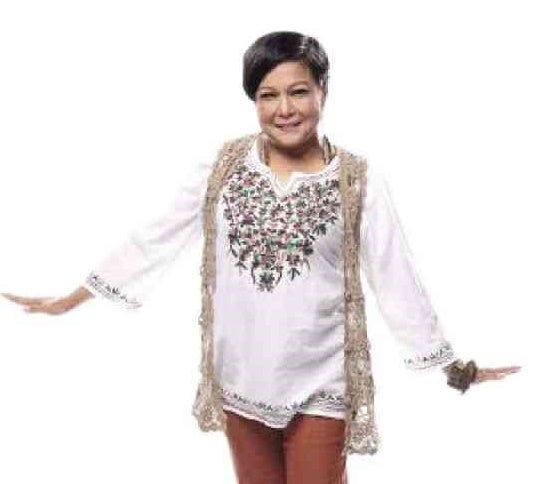 AUNOR fills her scenes with focus and personal “shading.”

Even before GMA 7’s latest drama series, “Little Nanay,” started telecasting last Nov. 16, we had the feeling that it would have better than usual prospects of interesting and involving viewers.

Its topic of choice, the complicated life of a mentally challenged girl who becomes a single mother, is initially “controversial” and thus unusual and potentially enlightening.

Some viewers will want to watch it for its “controversy value,” while others would be open to “learning” from it about its seldom-discussed topic of choice.

In this regard, it’s a “logical” drama series for GMA 7, which has become known for its “edgier” choice of subject matter, as past series like “My Husband’s Lover” (gays), “The Rich Man’s Daughter” (lesbians) and the ongoing “Destiny Rose” (LGBT).

What’s up next, the love lives of left-handed firemen?

Our initial note on “Little Nanay” after its debut telecast: Yes, it looks like this show will click with viewers, at least for starters—but, it won’t be just because of its topic or theme.

Another strength of the show is the “involving” participation of senior stars, Nora Aunor and Bembol Roco, as its title character’s paternal grandparents. Even if they’re limited to “supporting” and “character” participation, Nora and Bembol fill their scenes with focus and personal “shading,” making them more “involving” than they would have been in more perfunctory actors’ hands.

On the minus side, however, Kris Bernal’s portrayal of the mentally challenged protagonist, Tinay, is not yet the series’ firm center and focus as it should be. For one thing, she looks rather too mature for the supposedly 18-year-old character she’s been assigned to play. Specifically, her hands look less than youthful. Another minor distraction is her overly made-up look.

More pertinently, her portrayal is still superficial rather than insightful, so she clearly has to do more to understand and “feel for” her character.

This note would strike some as “nonsensical,” because Tinay is mentally deficient and such individuals elude “normal” people’s understanding. But, many actors have played such “incomprehensible” character with great insight, so it can and should be done.

Other initial reactions: The characters played by Sunshine Dizon and Gladys Reyes came off as similarly lacking in insight and texture. Yes, they could emerge as two of the series’ key kontrabidas, but must they be quite so obvious?

Sunshine plays her snooty scenes with eyebrows arching and flying all over the place, while Gladys is as huffily and snittily sour as can be. Must they be so “caption-y” in their thespic “attack”?

As for Keempee de Leon as Gladys’ “under” husband, why has he allowed himself to look so shabby and older than his actual age? We believe in his ability, so he should work harder to live up to his still considerable talent.

On the plus side, the series directed by Ricky Davao should be praised for making mental illness more understandable and “relatable” to viewers. Just from its initial telecast, we learned that, as a child, Tinay had the mental age of a 2-year-old and as a young adult, she thought and felt like a 7-year-old.

We saw what physical therapy can accomplish, the hurting negativism of classmates and gossip-mongers, how Special Education schools or classes can help—and most of all, that the love and patience of the family of the mentally challenged can work real wonders! More such inputs and insights, please.