Manila is the only city, outside London, where she will play Fantine
By: Bayani San Diego Jr.
Philippine Daily Inquirer / 12:28 AM November 16, 2015 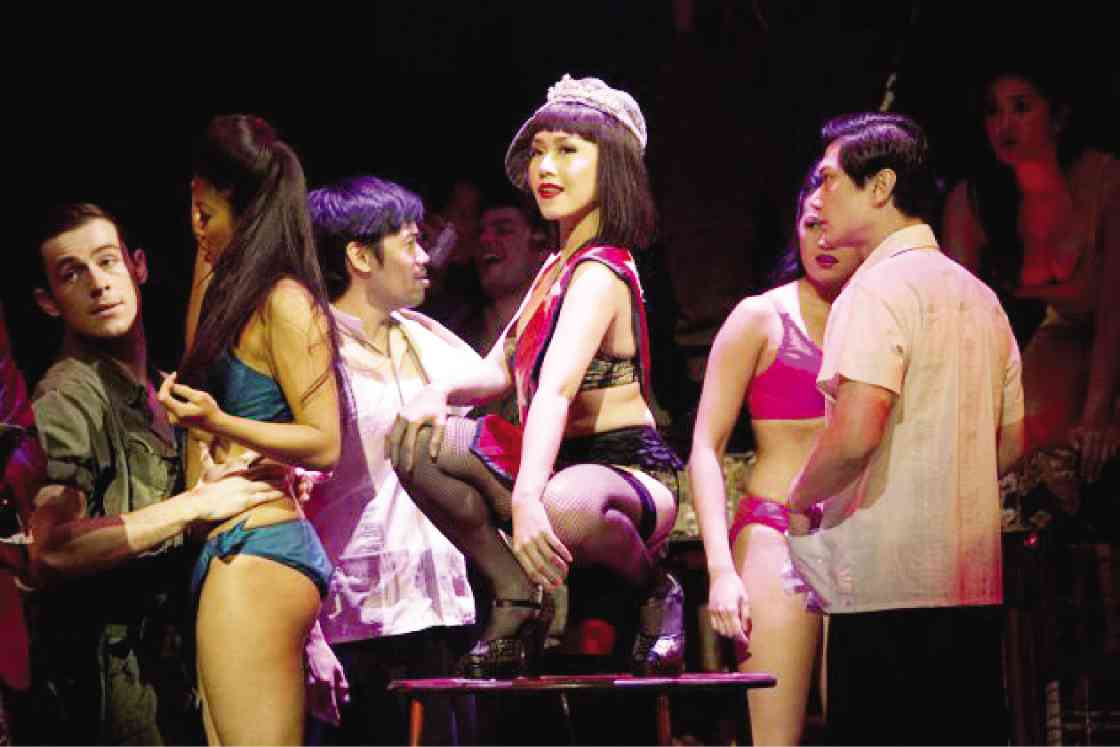 GO AS Gigi in “Miss Saigon”

IT WILL be a sentimental homecoming for Rachelle Ann Go.

Apart from having the opportunity to perform for her fellow Filipinos when she joins the international cast of the mammoth musical “Les Miserables,” Go will also get to invite her family and friends to watch the show in its Manila staging in March 2016.

Go told the Inquirer that she would only be part of the Manila run of the musical’s Asian tour and would fly back to London after.

(Go was handpicked to portray Fantine in the West End production of “Les Miz” quick on the heels of her stint as Gigi in the 25th anniversary revival of “Miss Saigon” in London last year.)

“Les Miz” producer Cameron Mackintosh recalled that Go “received enormous acclaim in ‘Miss Saigon.’ Over the last 25 years, I have had a wonderfully rewarding relationship with Filipino talent, introducing the best of them to audiences around the world. I am thrilled that one of my productions can be seen in its full splendor in Manila.”

Joining Go in the Manila stop of “Les Miz” are Simon Gleeson as Valjean and Earl Carpenter as Javert.

“Les Miz,” which goes onstage at The Theatre of Solaire next year, is presented by Smart Infinity, said Bambi Verzo of Concertus Manila. (Visit Ticketworld.com.ph or TicketWorld outlets for details.)

Excerpts from the Inquirer interview with Go:

What are your hopes and fears as you prepare for “Les Miz” in Manila?

I am more hopeful than fearful. I’m looking forward to it with anticipation and excitement because Filipinos will be able to watch an international cast and fall in love with the musical as millions of people around the world have.

What was your family’s reaction when they learned you’d play Fantine? Were they relieved that it isn’t as daring as Gigi?

My relatives have yet to see me as Fantine. I’m sure they’re excited to see me do it in Manila.

Both Fantine and Gigi are iconic roles and can’t be compared. However, my family is relieved that Fantine is not “daring” at all.

It helps me to focus better when I am wearing more clothes onstage…keeps the draft away (laughs).

How do you make Fantine relevant and alive every night onstage?

Every woman in our society will find herself identifying with Fantine one way or another. I can see myself in her because she is all alone in the world. I feel lonely, too…since I am away from my family while living in London, where I have to do the household chores on my own. But the experience has also made me stronger like Fantine.

What do you miss most about the Philippines?

I miss the sights and sounds of beautiful Manila. I hope to have some fun while I am there performing in “Les Miz.”

What’s next for you after “Les Miz?”

Not really sure, but I’m keeping my fingers crossed!

How about trying your luck on Broadway?

After performing in Manila, I will go back to the West End. If I am given a chance to work on Broadway, I would definitely do it!

What are the other iconic roles you want to play onstage? 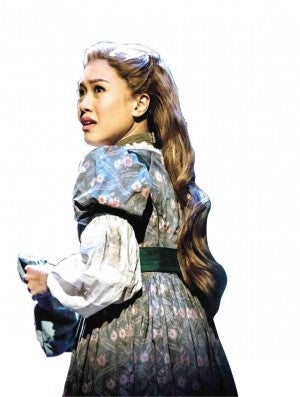 GO WAS handpicked to play the “Les Miz” character in the West End production.

So many great female roles, but Elphaba of “Wicked” is a dream! One day….

How did you change after a year in London?

I’ve become independent, and I am proud to say that I’ve learned how to cook (laughs). I love the fact that I can serve special dishes that I’ve prepared for guests in my flat.

For my British friends, I whip up Filipino dishes such as kare-kare, gising-gising, kaldereta, adobo. For my Filipino loved ones, I make something that’s very English, like roast.

I have to be more organized in managing my time between home and work, though. I’m not as shy as I used to be. Dalaga na ako! (I’m now a woman!)

What are the things that didn’t change?

My faith. I always remind myself that I am so blessed, and I should give everything back to God.

I’m thankful to the Almighty and to dear friends and family who are always there to give me support and encouragement. I will always feel grateful for all these gifts.

Who would you like to see in the audience when you play Fantine in Manila? Any special friend you’d like to invite?

Everyone who watches “Les Miz” is special to me. Anyone who spends his or her hard-earned money to buy a ticket to this show has a special place in my heart. And I will give my very best every time I perform as Fantine onstage!