How ‘Kalyeserye,’ AlDub made Halloween all about laughter 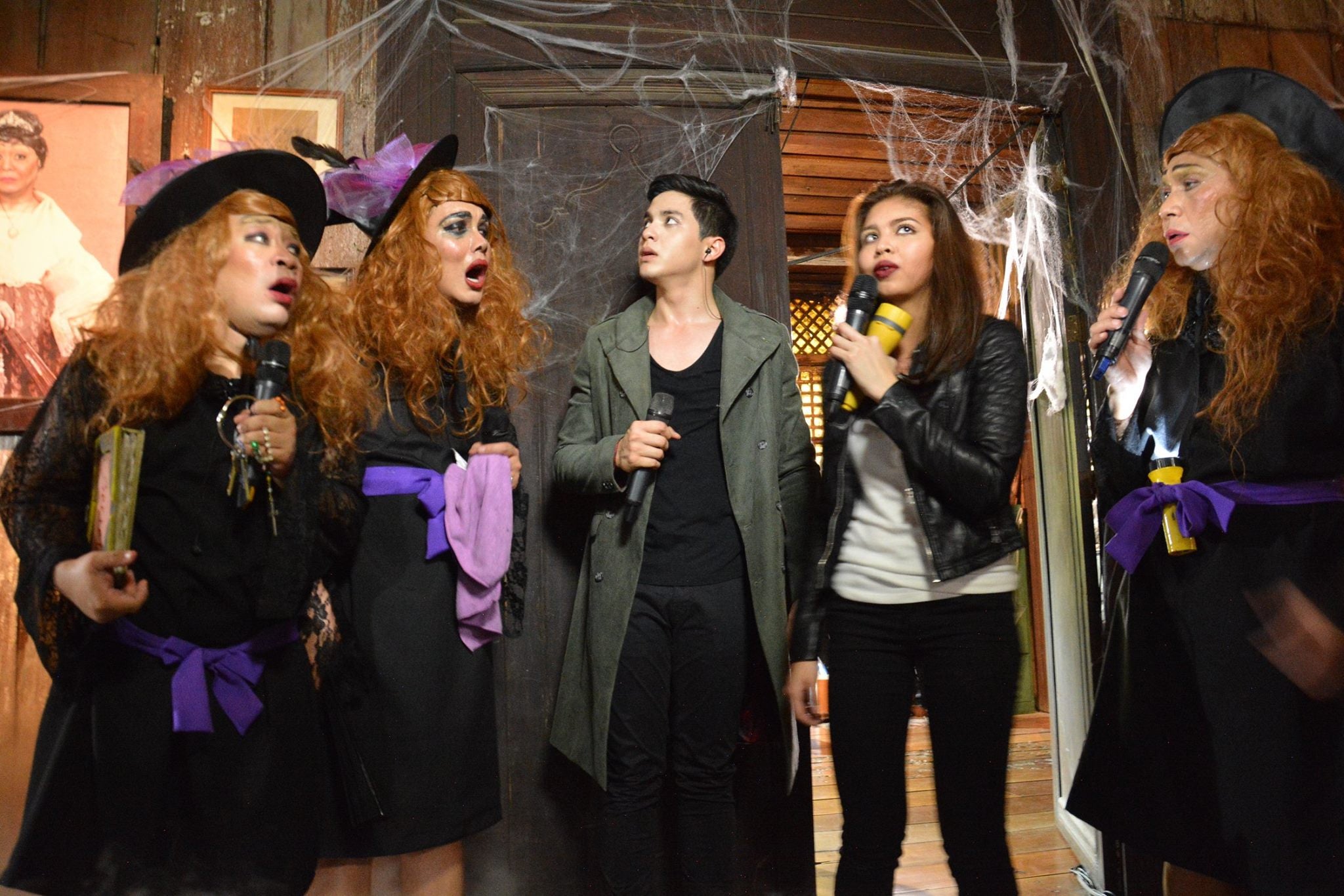 Every situation is an opportunity for laughter and jokes—even Halloween.

That’s what the “Kalyeserye” segment of “Eat Bulaga” proved on Saturday as its main characters went jewelry box-hunting in an old and supposedly haunted house.

Earlier in the show, the three grandmothers of Yaya Dub (Maine Mendoza in real life) asked for the help of Alden Richards.

In what seemed to be a classic Halloween plot, the group is forced to enter the house despite their fear of ghosts and the undead.

In their search for the jewelry box, each of them was possessed by the spirit of Lola Nidora’s mother who complained about being forgotten by her three children.

To appease her, they prayed and lit candles.

The improvisation of the characters as they were being possessed, as well as the stolen embraces of Richards and Mendoza, were well-received by the audience.

The group was able to retrieve the box in the end, only to discover a note and a ring.

The note, read by Richards, said the ring should be given to someone who made his heart beat, the person he wanted to be with forever.

The segment ended with Richards on his knees, about to slip the ring on Mendoza’s finger.

While Halloween is not officially recognized in the Philippines, it coincides with the eve of All Saints’ Day, when Filipinos visit their dead relatives in cemeteries. KS