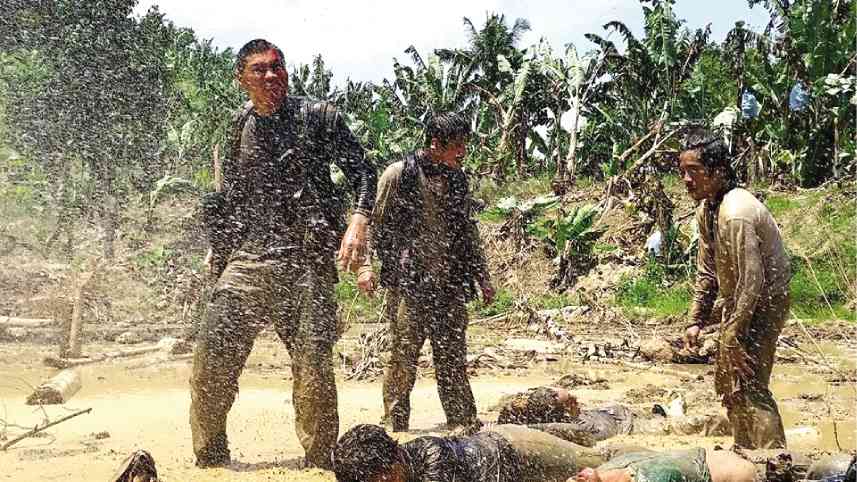 Although an editor plays an important role in crafting a movie’s visual narrative, he or she is often an unsung hero, largely unheralded by the publicity machinery.

“It’s my first baby,” he told the Inquirer.

Interestingly, the story of “Iisa” was a birthday present from Arnel Mardoquio, whose films “Riddles of My Homecoming” and “Alienasyon” were edited by Gutierrez.

The revisions still continued even during the shoot, he recounted. It was a story that was ceaselessly evolving—as if it were a living creature…a demanding, difficult infant.

In a nutshell, “Iisa” is a unique kind of “disaster” movie.

“It tries to capture how Filipinos react to a natural calamity,” the debuting director explained. “Tragedies bring out the best and worst in us. Our diverse cultures create boundaries and restrict us from uniting and moving forward. But sometimes nature forces us to set aside our differences in order for us to survive trials as one.”

Recreating a real-life disaster—specifically, one of the worst landslides in Compostela Valley after Typhoon “Pablo” struck the country in 2012

—could be a mighty challenge, he conceded. “We had very limited resources, so we decided to shoot in Mindanao, where the catastrophe actually took place.”

He also had to seek permission from several groups in the province. “We coordinated with the local government, the lumad community, soldiers and even with the rebels in the area.” 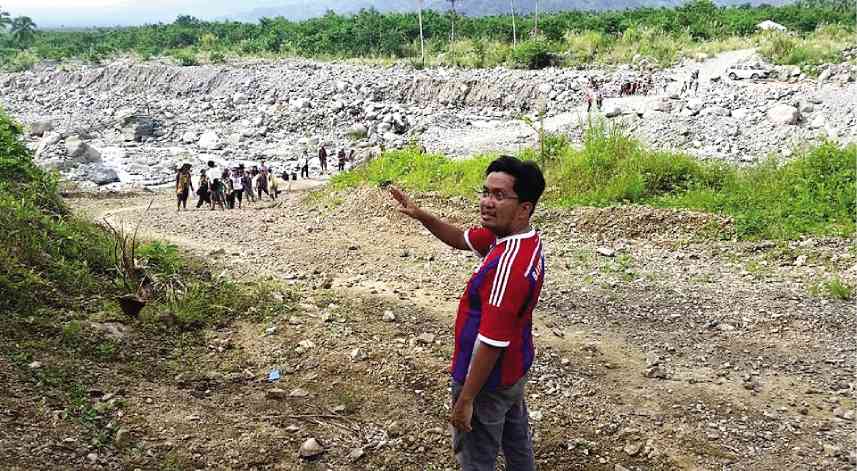 Gutierrez teamed up with the Nabunturan Tourism Board and its staff helped him get in touch with the different groups. “Surprisingly, all of them were eager to share their stories [with us].”

Still, our country’s archipelagic nature proved to be another obstacle. “Since the shoot was in Mindanao, renting the equipment and lights in Manila and shipping them to Compostela Valley would cost a lot.” Cebu-based production studios came to the rescue.

“This project pushed me out of my comfort zone,” he admitted. “Our actors were from Luzon; our equipment, from the Visayas, and our crew, from Mindanao. I am proud that this movie allowed a diverse group of filmmakers from all over the Philippines to work on a movie as one.”

After all, a film should build bridges instead of walls.

“Film is not only a tool to entertain, but it is also a great way to inspire people,” he said. “With all that is happening in the country now, making films that aim to enlighten is not a bad idea. Hopefully with my first film, I will have the chance to encourage Filipinos to make our country a better place to live in.”

Gutierrez, who has worked on Cinemalaya films both as an editor (“Jay,” “Halaw,” “Pink Halo-Halo”) and short filmmaker (“Ulian”), is fully aware of the crucial role festivals play in audience-building.

“In the Philippines, film festival grants permit filmmakers to direct the movies they are passionate about,” he related. “Over a decade ago, before fests like Cinemalaya were established, a newcomer could only become a filmmaker after helming soap operas on TV. Back then the major studios were the ones that chose the stories.”

Filmmaking has surely changed after only 10 years. “I joined QCinema because it gives the film rights to the directors,” he said. “This enables more producers to invest in the film. This financing structure promotes a healthy working environment and prompts more financiers to support nonformulaic Filipino films.”

Distribution, however, remains to be a struggle for the indies. “Distribution in this country is problematic and unjust,” he asserted. “Foreign and mainstream films still dominate the scene.”

This is where fests like QCinema come in, allowing independently produced films to be shown in mall cineplexes.

“For the past 11 years, Cinemalaya, Cinema One and other fests have cultivated and enriched the local movie-going experience. If we continue making more quality indie films in the next five years, the public will hopefully acquire a taste for—

and demand—more Filipino independent films. This will drastically change the distribution landscape in the industry.”