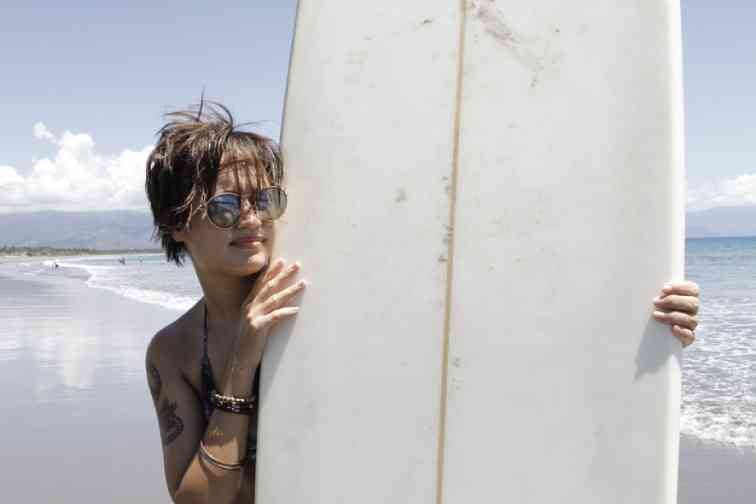 Actress Annicka Dolonius admits she’s not exactly the athletic type. She doesn’t engage in any sports activity; neither does she work out.

And so, doing the movie “Apocalypse Child”—which required its lead cast to surf the waves of Baler, Aurora—was an exercise as physical as it was emotional.

In preparation for the movie, which is part of the ongoing QCinema international Film Festival, Annicka said she and her coactors trained under the Philippine Surfing Academy in a wave pool at Club Manila East.

“I’ve tried surfing a few times before, in La Union and Zambales, but nothing more than merely trying to stay upright on a board. We did three whole-day sessions. And this time, we really had to learn to paddle past waves,” she said during a recent visit to the Inquirer head office in Makati City. “I’m not very strong.”

It was all good and fun in the pool, but finally applying what she had learned in the sea, she said, was another story. “It was very hard, I’m telling you! And it’s scary when the waves are huge,” related Annicka, who starred in such noted indie films as “Pisay” (2007) and “Ang Nawawala” (2012).

But taxing as the experience was, it was also immensely fulfilling, she said, especially since she learned more about the Baler-based surfers’ way of life.

“I learned what it was like to be in the water with other surfers. And afterward, you get to know what it’s like to hang out and share stories with them,” recounted Annicka, who also takes on mainstream projects, the latest one being a small role in the Piolo Pascual-Sarah Geronimo starrer “The Breakup Playlist.” 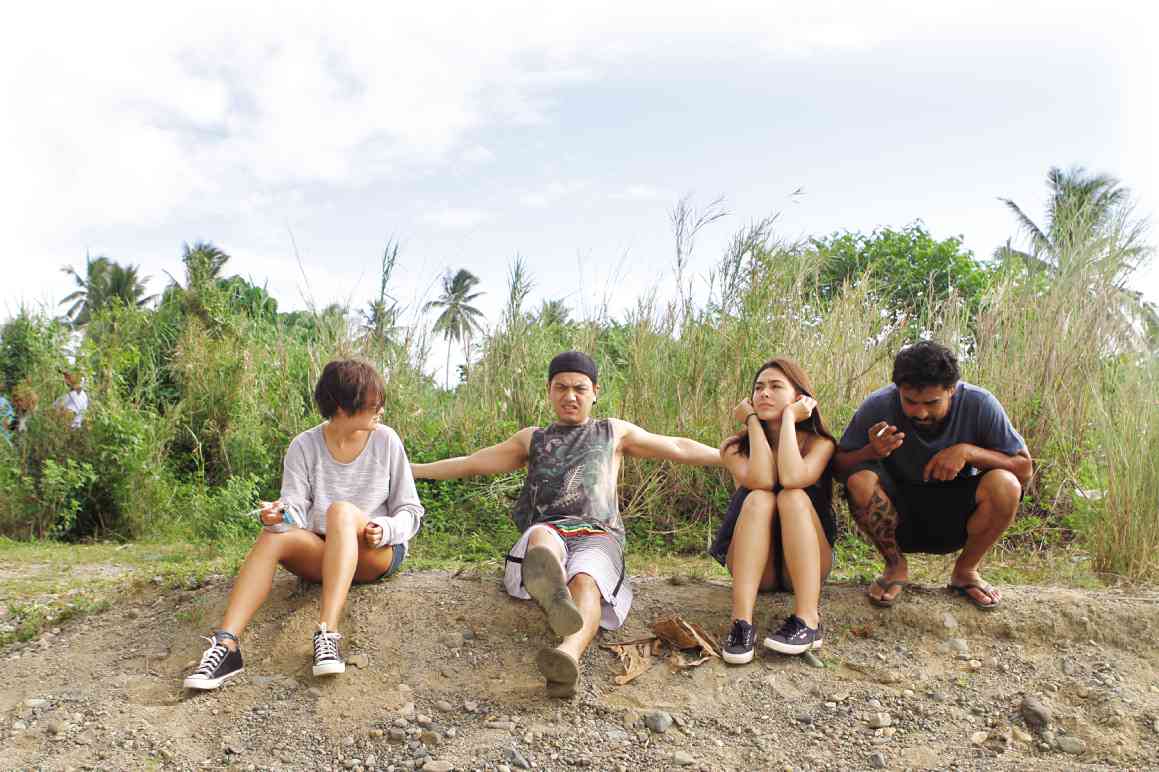 Baler is known to be the birthplace of surfing in the country. After filming scenes for “Apocalypse Now” (1979), director Francis Ford Coppola’s crew reportedly left a surfboard floating in the sea, which ended up in the hands of the locals.

That was the story that sparked the idea for “Apocalypse Child,” which is top-billed by Sid Lucero, whose character, Ford, grew up thinking that he is a son of the celebrated filmmaker. He and Annicka are joined by RK Bagatsing, Archie Alemania, Gwen Zamora and Ana Abad Santos.

Directed and written by Mario Cornejo and Monster Jimenez, “Apocalypse Child” will have screenings today at Gateway Mall, on Oct. 29 at Robinsons Galleria, and Oct. 30 at TriNoma.

Here are excerpts from our interview with Annicka:

What can you tell us about your character, Fiona?

She’s an interesting character whom I connected with. After staying in the United States, she returns to Baler, where she grew up, to tend to her dying grandmother—her only known living relative. And because of that, she’s stuck in a limbo—she has nowhere else to go.

She takes surfing lessons with Ford (Lucero), with whom she forms a special bond. She doesn’t have anything to do with Ford’s issues, but she somehow gets sucked into them. Together with surfing, Fiona treats her relationship with Ford as some sort of escape.

What was it like working with the rest of the cast?

It was amazing… We really got to know each other better. To say that I had fun would be an understatement.

What drew you to do the movie?

I like my character—she’s young, honest, but lost. Plus, I loved the prospect of working in Baler. It was a lot of fun, and we were given a lot of creative freedom to play around. More importantly, the process was very collaborative.

Is that the type of character you usually gravitate to?

I would love to play all kinds of characters…I like the weird ones; the ones you wouldn’t know what their next lines would be.

You have no qualms about doing mainstream projects.

I don’t have a problem with that. It all really depends on the script, on the movie itself. The work is similar: You wait, you shoot and there are a lot of people and wires everywhere. Maybe the difference is that, in mainstream, you get to have Piolo Pascual on the set.

But as an actor, you want to keep on working and looking for movies that are ideally good. You just have to try and do your best.