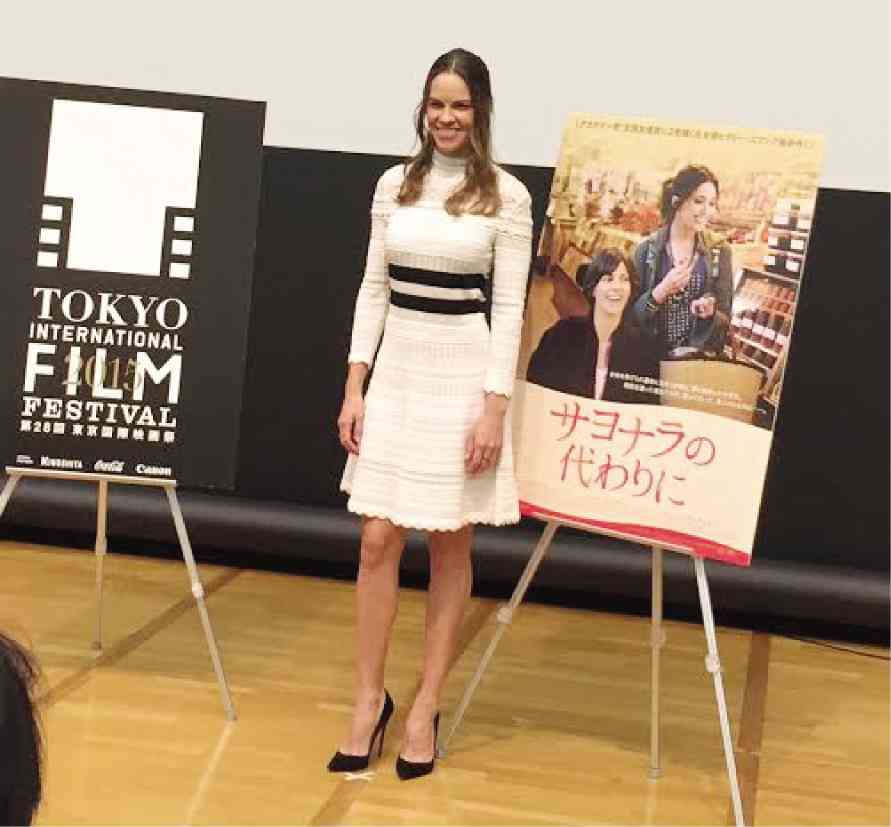 Swank is promoting George Wolfe’s “You’re Not You,” a film she coproduced and starred in. She plays Kate, a classical pianist struggling with the fatal neurological disease ALS (or amyotrophic lateral sclerosis). Released in October 2014, the movie also features Emmy Rossum and Josh Duhamel.

“Never give up, ever…it’s important to know what we want from [life] and to choose to actively work toward that every day,” she told reporters at a media gathering held at the Roppongi Academy Hills, a learning hub in the heart of Japan’s urban center.

The two-time Academy Award winner added: “I was only 8 years old when I realized I wanted to be an actor. That I’m living that dream now and continuing to have opportunities to live that dream is truly a blessing. It’s something that I don’t take for granted.”

Swank, known for her riveting performance in the Kimberly Peirce film “Boys Don’t Cry,” said it was an honor to be given the chance to collaborate with other artists. “As an actress, stepping into other people’s shoes is a huge gift. I think about all the things I’ve done since then, the trajectory of all the choices I’ve made, and the characters I’ve played—most of them based on true stories—and I realize that everything is just so inspiring.”

Swank likewise expressed her delight to be in Tokyo. “I’m living my dream, walking on the carpet, [representing] one of the 200 films at TIFF! Thank you for supporting my film and the other 199 films.”