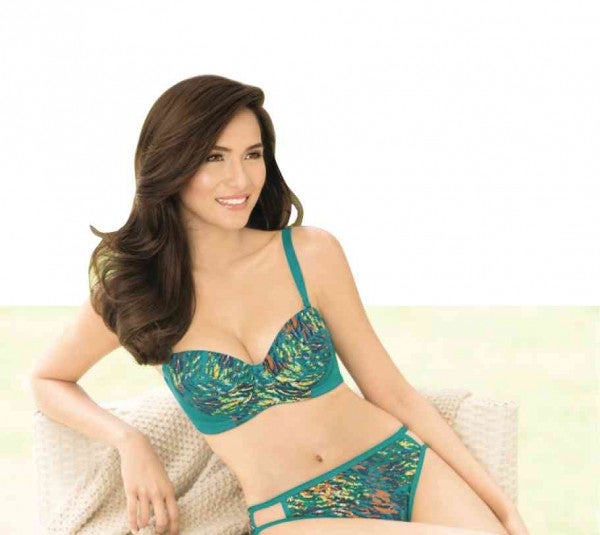 JENNYLYN Mercado sees herself as her partner’s equal.

I am hooked on GMA 7’s riveting drama series, “My Faithful Husband (MFH),” which airs weekdays after “Beautiful Strangers.”

The lead stars, Jennylyn Mercado and Dennis Trillo, are both in their element in the show. Their impassioned portrayal of a troubled married couple makes us feel like we are eavesdropping on their private moments.

Den and Jen don’t seem like they are acting. Their tandem feels so real. The theme of the series is quite risqué.

The Kapuso network dares to probe into a wife’s infidelity. The story challenges all double standards and undermines all biases—like how infidelity is tolerable for a man to commit and abominable for a woman to succumb to.

Marriage can sometimes be just a mirage when the domestic front turns into a battle field.

Here’s my tête-à-tête with Jen:

How would you describe your relationship with Dennis now that you are working together again?

We are more comfortable with each other.

How has Dennis changed?

Would you rather remain friends with Dennis (her former boyfriend) or are you open to the idea of a reconciliation?

That’s difficult to answer, but what I’ve learned so far is to never say no to the value of having a good friend.

What has your role in MFH taught you about marriage and fidelity?

No relationship is perfect, but it doesn’t give you an excuse to hurt your partner.

What is your son’s (Jazz) reaction to your role and your portrayal in MFH?

Jazz doesn’t watch my shows. He’s too young to understand the theme of the show.

Tell us the latest about your son.

He just celebrated his 7th birthday. So far, so good. He took after me when it comes to his passion for music.

Neither. I’d rather have a husband who makes me feel that I am good enough, just the way I am.

What kind of wife would you be?

The kind of wife who would be a good equal to her partner.

If your life story were made into a movie, what would the title be?

The biggest show biz news over the weekend was my son, IC Mendoza’s scoop about Enrique Gil allegedly causing a commotion during his flight with other Kapamilya stars to London.

According to IC’s source, Enrique had a few too many drinks and he kept pestering Jessy Mendiola.

Luis Manzano intervened but to no avail. Enrique still did not stop taunting Jessy and even said “I know everything about that girl.”

Liza Soberano tried to stop Enrique but he allegedly cursed her. Liza allegedly slapped him so that he would come to his senses.

As expected, diehard fans of Enrique and Liza’s tandem are enraged at IC. I respect their opinion but I hope they will try to understand that IC is just doing his job as a show biz talk show host. Just as it is Enrique and Liza’s duty to please their fans, IC also has an obligation to his viewers to keep them updated with the latest show biz news. If celebs don’t want negative publicity then they should not misbehave in public. No scandal, no story. It’s as simple as that.

I’m sure IC’s bashers/haters (and mine as well) will snap at us and say, why did we report on the controversy when we both are drinkers, too? IC

and I are certified barflies but never were we involved in drunken squabbles. We consume alcohol but we don’t let alcohol consume us.

Congratulations to Cignal TV, (CGTV) the Philippines’ premier direct to home (DTH) pay-TV provider for surpassing all pay-TV providers in the country. After being hailed by Media Partner’s Asia as the top pay-TV operator in terms of subscribers last year, CGTV has just marked another industry milestone by having one million subscribers, the first ever for a local company to reach this high mark. Quality programming, affordable packages, nationwide coverage, clear reception and sound clarity are the top reasons why Cignal is the Pinoys’ most preferred brand in the pay-TV industry and a leader in technology and programming innovations in the years ahead.

Your subscription could not be saved. Please try again.
Your subscription has been successful.
Read Next
Keeping up with Boots and her King
EDITORS' PICK
Fuel price rollback expected on Feb 7
vivo Philippines offers a free bouquet of flowers and a premium necklace perfect for Valentine’s Day
Makabayan bloc blasts bid to expand US access to more military bases in PH
Omega Speedmaster super racing: Tiny device massive change
House energy committee chair Arroyo bats for cheap electricity
Philippine-United States alliance ‘rock solid’ — DFA
MOST READ
Vice Ganda gets called out for ‘unfair treatment’ of ‘It’s Showtime’ co-host Karylle
Fuel price rollback expected on Feb 7
Kris Aquino gets ‘renewed confidence’ after consultation with new doctor: ‘I have a strong chance of getting better’
Pokwang tells self amid revelations on past relationship: ‘Bangon, nanay ka’
Don't miss out on the latest news and information.