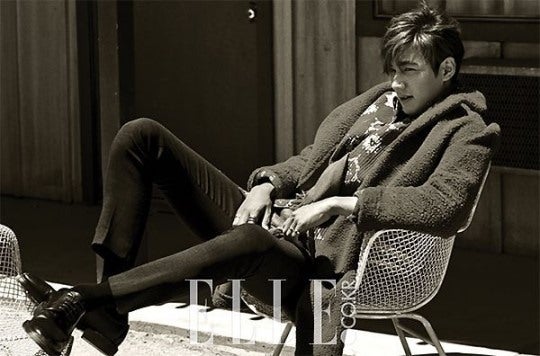 Fashion magazine Elle Korea revealed a black-and-white photo of hallyu star Lee Min-ho last Tuesday on its official website.
The photo was from a fashion shoot in Los Angeles, and shows off the actor’s masculine image and chic charisma. Sporting a voluminous wool coat and patterned scarf, the actor gazes into distance with a slight frown on his face.

Lee is set to return to the silver screen next year with multinational action film “Bounty Hunters,” a story of five bounty hunters who chase fugitives for money in Korea, China, Hong Kong and Thailand. Lee has won acclaim for his roles in “Gangnam Blues” and “The Heirs.”