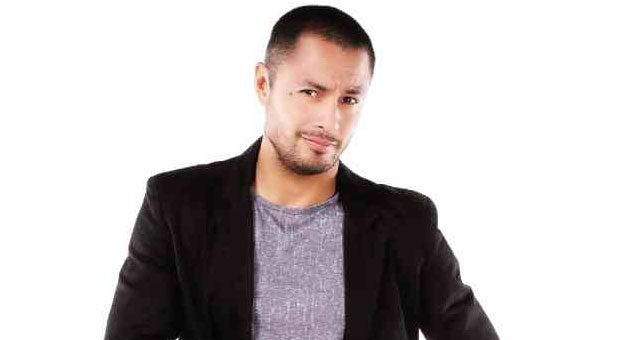 AFTER a tough year, he can now focus on “other things.”

After a bumpy 2014, which saw him embroiled in a nasty legal tussle with his estranged wife, Derek Ramsay said he’s now in a “happier place.”

“It was an emotional and tough year for me. It was a big relief that all the controversies are behind me. I can now focus on other things,” he said during a recent press conference for “Wattpad Presents’” new offering, “Unwanted Girlfriend,” which also top-bills Jasmine Curtis-Smith.

“Other things,” apparently, include his love life.

The TV5 star is currently in a romantic relationship with a model named Joanne Villablanca, whom Derek described as “adventurous and sincere.”

“We enjoy each other’s company and we’re very much intrigued by each other—we want to know each other more,” Derek said. “She supports the things I do and seems genuinely interested in them. There’s no pressure. And I love it.”

As a celebrity, juggling his career and love life can be tricky. That’s why Derek is thankful that his girlfriend understands the nature of his work.

“She’s patient and is on good terms with my family, too,” said Derek, who won best actor at the 40th Metro Manila Film Festival for the romantic comedy “English Only, Please.”

That Joanne has a 7-year-old daughter is not a deal-breaker, stressed the 38-year-old actor, who himself has a 13-year-old son.

While he’s been blessed all his life, the only thing missing is a lifetime partner, Derek owned up. “I don’t want to jinx this relationship,” he said, laughing. “The previous ones didn’t have happy endings. I want this relationship to have one.”

In “Unwanted Girlfriend”—which will air on weekdays at 9 p.m. for two weeks starting July 20—Derek plays Mikael, who agrees to be MM’s (Jasmine) lover, just so he can get over a painful heartbreak.

Because of their 17-year age difference, Derek and Jasmine said they regard each other more as siblings than sweethearts. Thus, the main challenge, Derek related, is breaking that barrier. “Age is just a number,” he pointed out. “We eventually became more comfortable … and I believe we delivered.”