‘Outlander’ star stands out at Comic-Con 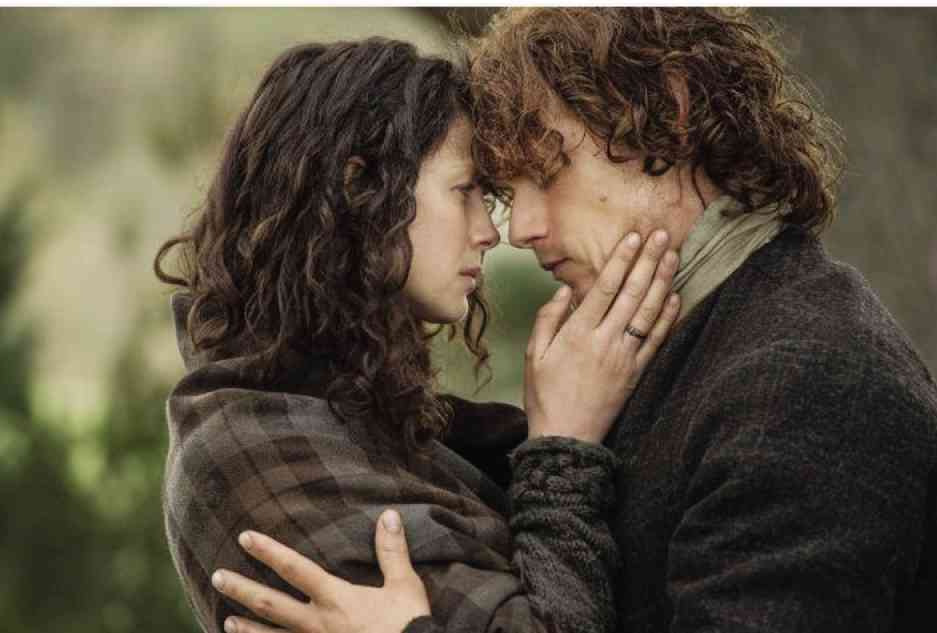 LOS ANGELES—In a city overrun by the likes of Channing Tatum, Ryan Reynolds, Ben Affleck, Henry Cavill and Jeffrey Dean Morgan because of Comic-Con, Sam Heughan got his fair share of attention from fans. Thanks to the popularity of his series, “Outlander,” and to his genial personality, Sam stood out in San Diego.

“Outlander,” which stars Sam and Caitriona Balfe as a couple from different eras in Starz’s hit adaptation of Diana Gabaldon’s time-travel series “Outlander,” was declared, along with the films “Suicide Squad” and “Deadpool,” as among the biggest winners in the annual geek fest.

The Wrap declared, “They may play tortured, star-crossed lovers onscreen but during ‘Outlander’s’ second Comic-Con appearance, stars Heughan and Balfe proved they were anything but in real life. Cracking jokes, gamely putting on a pirate costume and even doing shots of whiskey on stage, Heughan seemed far from the shackles of his character but just as appealing to fans.”

Sam, the epitome of the friendly Scottish people, turned heads as he and Caitriona walked from one event to another at the cavernous San Diego Convention Center or vast hotel hallways. Fans clamored to have photos with Sam and Caitriona, who play Jamie Fraser, an 18th-century Scottish warrior, and Claire Randall, a combat nurse in the 1940s, respectively.

Jamie and Claire are involved in what is described as a “love triangle in time” since her character is married to Frank Randall, a history professor, played by Tobias

Menzies. But in Diana’s story, Claire wakes up to find herself in the 18th century and soon becomes involved in a passionate relationship with Jamie.

The long-haired 35-year-old earned a Laurence Olivier Theatre Award nomination for most promising newcomer of 2002 for his performance in “Outlying Islands.” An alumnus of The Royal Scottish Academy of Music and Drama in Glasgow, Scotland, Sam appears poised to have a big career in TV and film.

Sam enjoyed the break in San Diego even though it was actually work as he promoted “Outlander.” “We go back and start filming again,” he said of his post-Comic-Con schedule. “We’ve done three episodes. We’ve got another 10 to go.”

The following are excerpts from our chat with Sam: 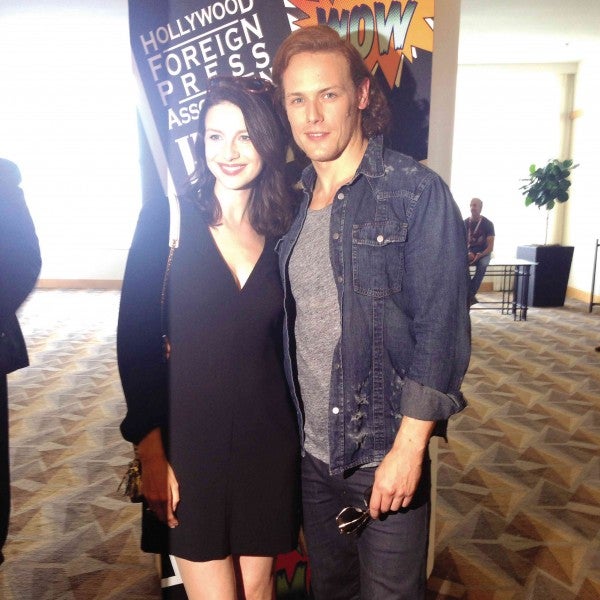 CAITRIONA Balfe and Sam Heughan get a lot of attention at Comic-Con. photo by Ruben V. Nepales

It’s a long shoot till February. We’re going to Prague next month for the exteriors of Paris and Versailles. And then to Salisbury in England. It will be exciting. The show always changes, always moves since it’s not studio-based. It’s going to be a real journey for the characters.

It’s the new world—Versailles, politics and the French court. It’s very luxurious—King Louis XV… The second half is more mud, blood and the buildup to Culloden. It’s like two halves, really. It’s going to be exciting.

Can you talk about how the triangle changes in season 2?

Well, I think Tobias may be dead.

He was a good man.

Or maybe he’s not. You have to read the books. There’s a lot that happened in season 1. There needs to be a resolution to that. I don’t want to say anything more.

Where do we see Jamie at the start of season 2?

He’s very much affected by what happened in season 1. He and Claire are in this new world together. They’re thrust into this alien world of Paris. She’s pregnant; he’s got this thing that happened to him… They’re in France to stop history (to stop the Battle of Culloden from happening). It does come to a head but there’s a lot of other things going on. Jamie is “rebuilding” himself and trying to find out who he is.

So is it like a new beginning for him?

Very much, yeah. He knows Paris. He’s been there before. He was educated there but they’re in a world that they don’t understand and they don’t even particularly want to be part of. He’s also now having to face the responsibility of fatherhood. It becomes very strained and difficult.

Can you talk some more about how your character is coping with becoming a father?

He’s a young man who has to grow up quite quickly. Working on the show, I’ve had to learn a lot. I’ve had to grow with the character. It’s about their (Jamie and Claire’s) relationship as well. He’s not had a child yet but there’s definitely a responsibility there. It’s really interesting to see because we haven’t played those scenes yet.

Further down, it’ll be interesting to see a character named Fergus who comes in and becomes like a surrogate son. He’s a French orphan boy. We have a great little actor named Romann Berrux (playing Fergus). He’s 13 years old. I turn into a 5-year-old when we play games together. We talk about silly things and hang out. I’m really enjoying that

Romann lightens up the mood on the set. When he walks in, everyone enjoys their jobs more.

Why do you think the show is appealing to many viewers?

It’s all there, isn’t it? Diana’s books are popular. She sold 26 million copies. I guess it’s everything she puts in them: time travel, history and politics. It’s a great mixture of everything.

Which element appeals to you the most?

Last year was about Scotland. I fell in love with my country again. I wanted to bring our culture to the rest of the world. We did that.

What’s the one thing that you’ve gotten good at since being in the show?

Horse-riding. I love it. And I love my horse. He’s amazing.

You always have the same horse?

For the first half of the season, I did. Sleepy and then…

He’s amazing. He’s not sleepy. Then in the second half of the story, Jamie gets a new horse which is the devil. So they got this new horse called Pinocchio. He also looks amazing. He’s a big Friesian stallion. He’s a bit of a brute which I love but he’s perfect for the part. I really enjoy working with him.

Did you ride horses before this role came along?

Jamie’s very much a horse guy. I spent a lot of time in the stables and got to learn about horses. There was a scene with Sleepy. I was stroking his ear because it’s one spot that he loves me to stroke. His lips go like, “Duh.” So I kept stroking his ear. Then in the actual scene, Sleepy kept butting me to give him a stroke.