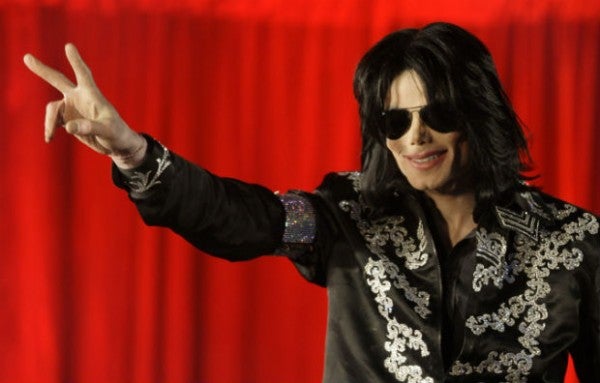 In this March 5, 2009 file photo, US singer Michael Jackson speaks at a press conference at the London O2 Arena. A Los Angeles judge ruled on Tuesday, May 26, 2015, that choreographer Wade Robson waited too long to file a claim alleging that Jackson abused him and the allegations should be dismissed. AP

LOS ANGELES — A choreographer who accused Michael Jackson of years of molestation cannot pursue his allegations against the singer’s estate because he waited too long to file the legal action, a judge ruled.

Superior Court Judge Mitchell Beckloff wrote in his ruling Tuesday that Wade Robson’s claim is untimely and should be dismissed.

Robson had previously denied the pop superstar molested him and testified in Jackson’s defense at the singer’s criminal trial in 2005. Robson also spoke favorably about Jackson after the singer’s death in 2009.

However, Robson sued Jackson’s estate in May 2013 over the molestation allegations.

Attorneys for Robson said Jackson molested him over a seven-year period. Attorneys for Jackson’s estate have denied the allegations.

Robson’s attorney Maryann Marzano wrote in a statement that Beckloff’s ruling will be appealed, and the molestation claim will be pursued against Jackson’s business entities.

“Mr. Robson testified under oath in a courtroom that Michael never did anything improper with him,” Weitzman wrote in an email.

Marzano, however, wrote that her client was incapable of filing his legal action any sooner due to psychological damage he suffered. She also noted that Beckloff’s ruling did not make any determination about whether Robson’s allegations were factual.

“We are confident that when all the facts are presented in civil court, there will be no doubt left about just what kind of sexual predator Jackson was,” Marzano wrote.

Robson was 5 when he met Jackson, and he spent the night at Neverland Ranch more than 20 times, sleeping in the singer’s bedroom on most visits, he told jurors during the trial that ended with Jackson’s acquittal.

Robson bristled at testimony by other witnesses that they had seen Jackson molest him.

“I’m very mad about it,” Robson told jurors. “It’s not true and they put my name through the dirt. I’m really not happy about it.”

Robson, an Australian-born choreographer, has appeared on the Fox series “So You Think You Can Dance” and worked with Britney Spears and other stars.

Marzano argued at an April hearing that the seriousness of the claims being lodged against Jackson’s estate warranted a full evidentiary hearing.

Jackson estate attorney Jonathan Steinsapir argued that the law doesn’t allow liability for a person’s actions to transfer to their estate in perpetuity, and that Robson missed his opportunity to file a claim.

Jackson died at 50 while preparing for a series of comeback concerts dubbed “This Is It.” His estate benefits his mother and three children.

The pop singer died deeply in debt, but a posthumous bounce in the popularity of his music has generated hundreds of millions of dollars.

Robson filed one of the last major claims against Jackson’s estate, although disputes with a former business manager, another man alleging underage sexual abuse, and the IRS remain unresolved.