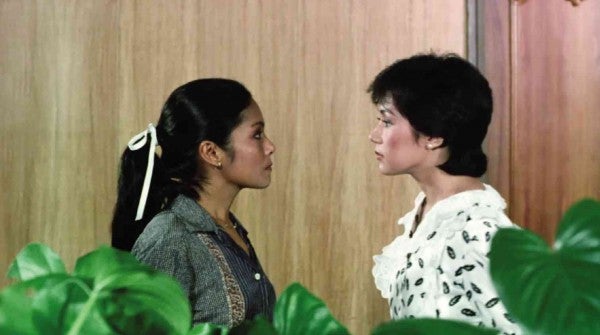 NORA AUNOR (left) and Vilma Santos in “T-Bird at Ako”

The new Filipino Cinema series of the Yerba Buena Center for the Arts will present 14 Filipino films in San Francisco, California, from June 11 to 28. Now on its fourth year, this special series of screenings aims to showcase “the latest and greatest” in Philippine cinema, which the event’s website described as “vibrant and creative.”

Most of the 14 films in the lineup were culled from the different independent film festivals that highlight “the huge range of talent” in the country today.

Genre films like a horror flick (Erik Matti’s “Kubot: The Aswang Chronicles 2”) and a teen romantic-comedy (Jadaone and Irene Villamor’s “Relaks, It’s Just Pag-Ibig”) are on the list, too.

Highlight of the series is a screening of the digitally restored 1982 film “T-Bird at Ako,” directed by Danny Zialcita and starring screen icons Nora Aunor and Vilma Santos.

The series is curated by Philbert Ortiz Dy and Joel Shepard. The Yerba Buena Center for the Arts is located on Mission Street in San Francisco. Bayani San Diego Jr.