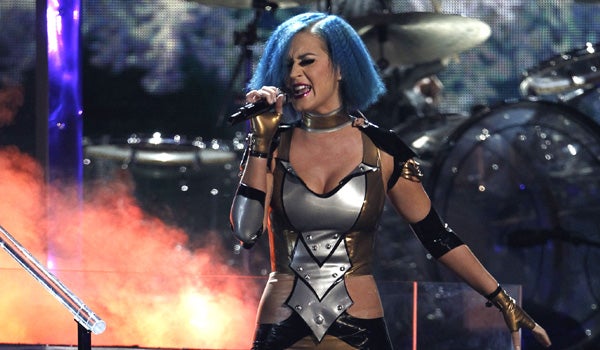 NEW YORK–Parents who say their children’s music is dumb might have a point. A new study finds that the average hit song has lyrics at a third grader’s reading level.

The research took lyrics from 225 songs that topped US charts since 2005 and used standard tests that determine the reading difficulty.

The study, completed for ticket seller SeatSmart, found that the average reading level was third grade — roughly eight years old in the US educational system — and that it has gone down over the decade.

Country music was the most advanced, with an average of 3.3, with R&B and hip-hop last at 2.6.

Country fared higher in part because it has fewer interjections such as “yeah” and “oh” in quick succession, wrote the report’s author, Andrew Powell-Morse.

He acknowledged that the methodology only made findings based on reading complexity — not on metaphors, insightful observations or emotions expressed in the songs.

Case in point — the song that scored as the smartest, with a reading level of 5.8, was country singer Blake Shelton’s “All About Tonight.”

READ: They’re all about the bass

The 2010 hit is hardly a philosophical treatise. An ode to hard partying, the opening lyrics include: “I got some feel-good pills and a red Gatorade by my bed / Ready to go.”

The chorus speaks of “rocking all kinds of concoctions in our hands,” a turn of phrase that may baffle a third grader.

The second smartest song was “Dani California” by alternative rockers the Red Hot Chili Peppers, a tale of a Southern girl whose life culminates in chaos in California.

On the flip side, the only song that scored below a first-grader’s reading level was Canadian metal band Three Days Grace’s “The Good Life.”

The chorus runs: “All I want is a little of the good life / All I need is to have a good time / The good life.”

Other songs near the bottom included Maroon 5’s smash hit from the summer of 2011, “Moves Like Jagger,” metal icon Ozzy Osbourne’s “Let Me Hear You Scream” and hip-hop star T-Pain’s pick-up song, “Buy U a Drank.”

Three Days Grace and Maroon 5 found redemption, however, as they also had songs in the top 10 — “Animal I Have Become” and “She Will Be Loved,” respectively.

Pop star Katy Perry also had songs on both extremes. “Wide Awake” ranked among the most simple, while “E.T.” was among the smartest.

“E.T.,” which features a guest rap by Kanye West, likens a lover to an extraterrestrial with the chorus that opens, “Kiss me, k-k-kiss me/ Infect me with your love and fill me with your poison.”

Among genres, Mariah Carey’s songs were the smartest among pop artists, while Eminem ranked on the top of the hip-hop chart.

The study looked at songs that spent at least three weeks on the Billboard singles charts for pop, rock R&B and hip hop, or country.

The research used common measurements including the Flesch-Kincaid readability test, which considers sentence and word length as key factors.