If you can make it there: Acts try out for NY subway spots | Inquirer Entertainment

If you can make it there: Acts try out for NY subway spots 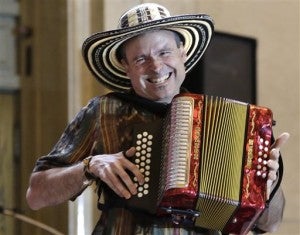 Three out of some 70 potential performers audition for judges in Grand Central Terminal’s Vanderbilt Hall in New York, Tuesday, May 19, 2015. (AP Photo) 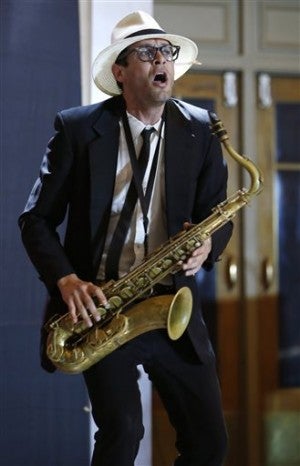 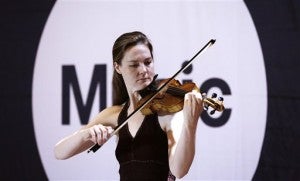 Seventy showed up Tuesday at Grand Central Terminal, vying for permission to set up their underground acts for tips. They appeared before a jury of musicians and transit employees in the elegant Vanderbilt Hall above the train tracks.

This year’s motley musical crew, from countries around the world, will soon find out who won the right to be part of the Music Under New York program run by the Metropolitan Transportation Authority, which operates the nation’s biggest mass transit system.

“I always dreamed of arriving in New York City,” said Oliver Dagel, a Philippine-born U.S. Air Force sergeant stationed in New Jersey who left the military last week. “I always believed that there’s something between me and the city. It’s amazing. It’s grandiose. I feel uplifted.”

He said playing in the subway system is a gauge of how good he is.

“If you’re able to convince one or two rushing people to take the time to listen to you, that’s the biggest acknowledgment,” he said.

Dagel switched his military uniform for a woolen cap and guitar at Grand Central, a long way from the battlefields of Iraq and Afghanistan where he once served. He sang a mellow “Sunday Morning” by Maroon 5.

Drummer Louis Conselatore, an Ivy League law school graduate who worked as an ordained Unitarian minister, played his five-minute stint with two other musicians who call themselves the Viva Vallenato Badass Accordion Band.

“Two of us are Italians, one of us is Puerto Rican, and we’re all from New Jersey and we fell in love with Colombian music,” said Phil “Felipe” Passantino, the accordionist. “It has a rhythm that’s very infectious and makes people dance and laugh. It’s a peasant’s music, poor people’s music that springs from the soul.”

Three hundred performers entered the Music Under New York contest months ago to even be selected for Tuesday’s live, six-hour contest. The jury picks about two dozen winners to be dispersed at subway spots around the city to rake in as much as hundreds of dollars a day. It’s illegal for unapproved artists to perform in the subway system.

Jacinta Clusellas, a Brooklyn resident from Buenos Aires with a guitar, wore giant blue wings to reflect a short story by the Nicaraguan poet Ruben Dario on Tuesday.

“It’s about a man with a brilliant mind who had a hard time expressing himself, and he said, ‘I have a bluebird trapped inside my head,'” she explained.

The man kills himself, she said, leaving a note that reads, “I leave the door open to let my bluebird fly away.”